During the months of August and September you can witness something quite extraordinary along Taiwan’s east coast. For only two months, the rolling fields of Sixty Stone Mountain 六十石山 seem to be on fire and are covered with a blanket of orange tiger lilies! 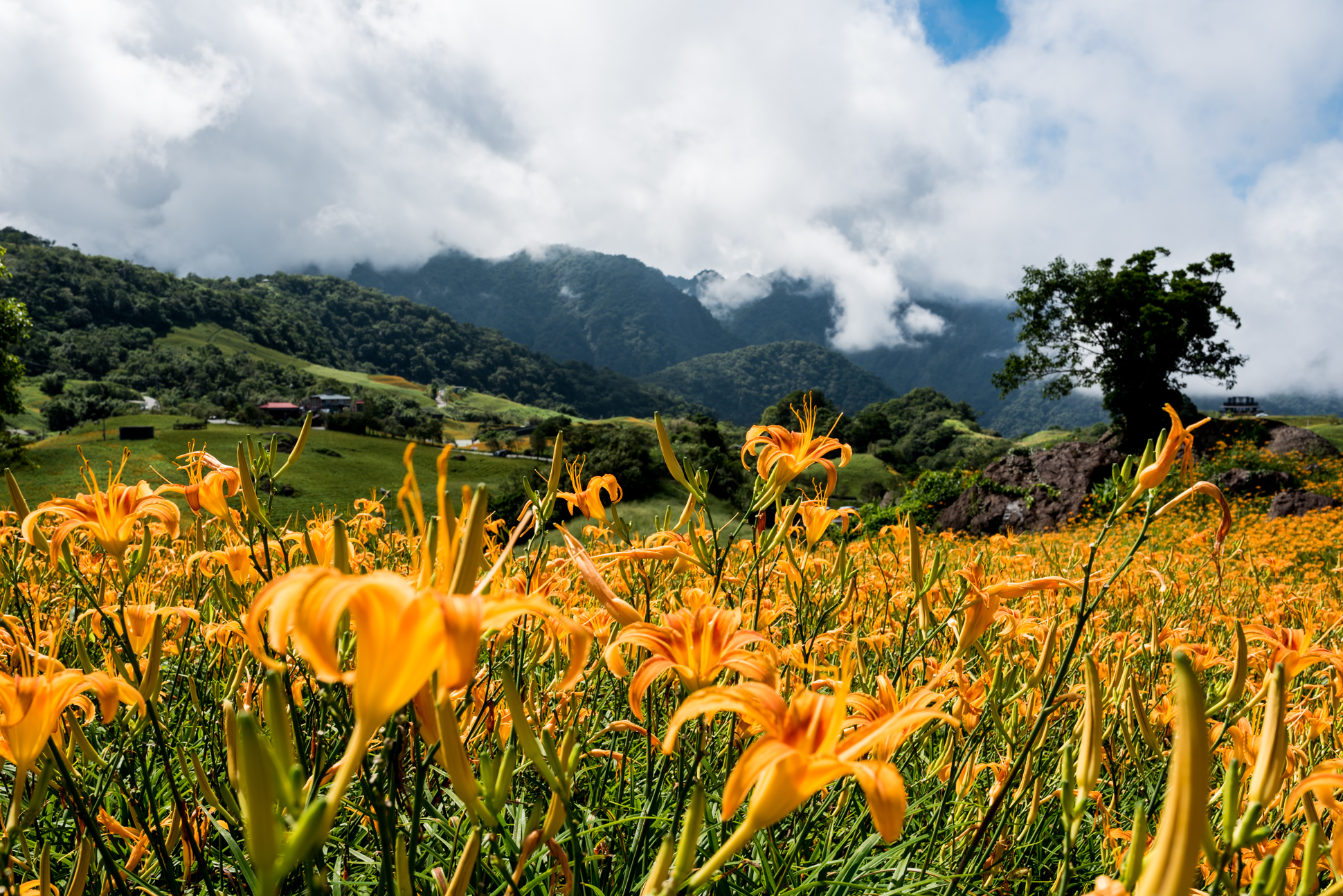 We tried for weeks to get there, but the Taiwanese weather gods weren’t in our favour. Already mid-September, we decided to make a go for it and booked a train to Yuli 玉里. It could be our last chance to see the daylily flowers at Sixty Stone Mountain! 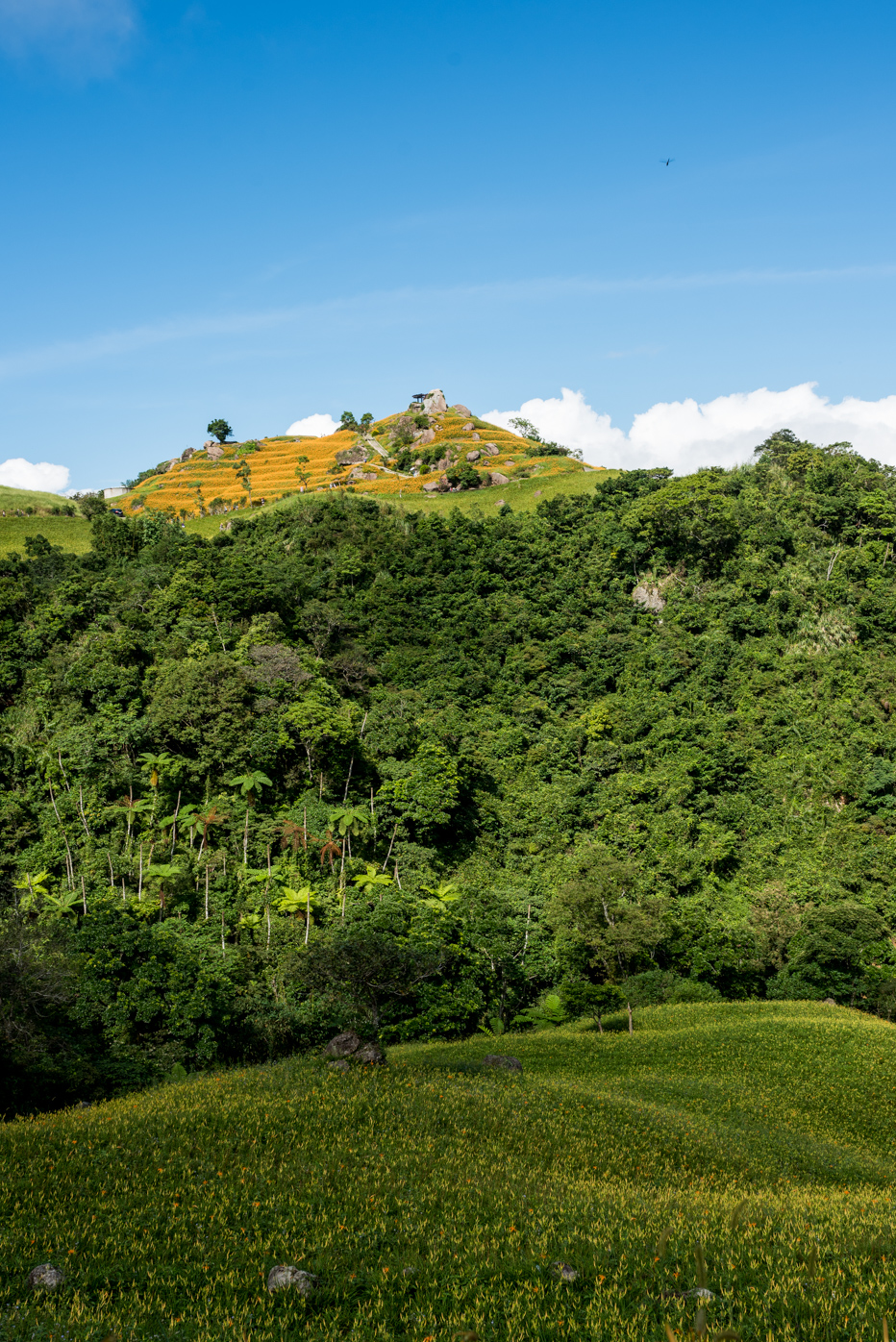 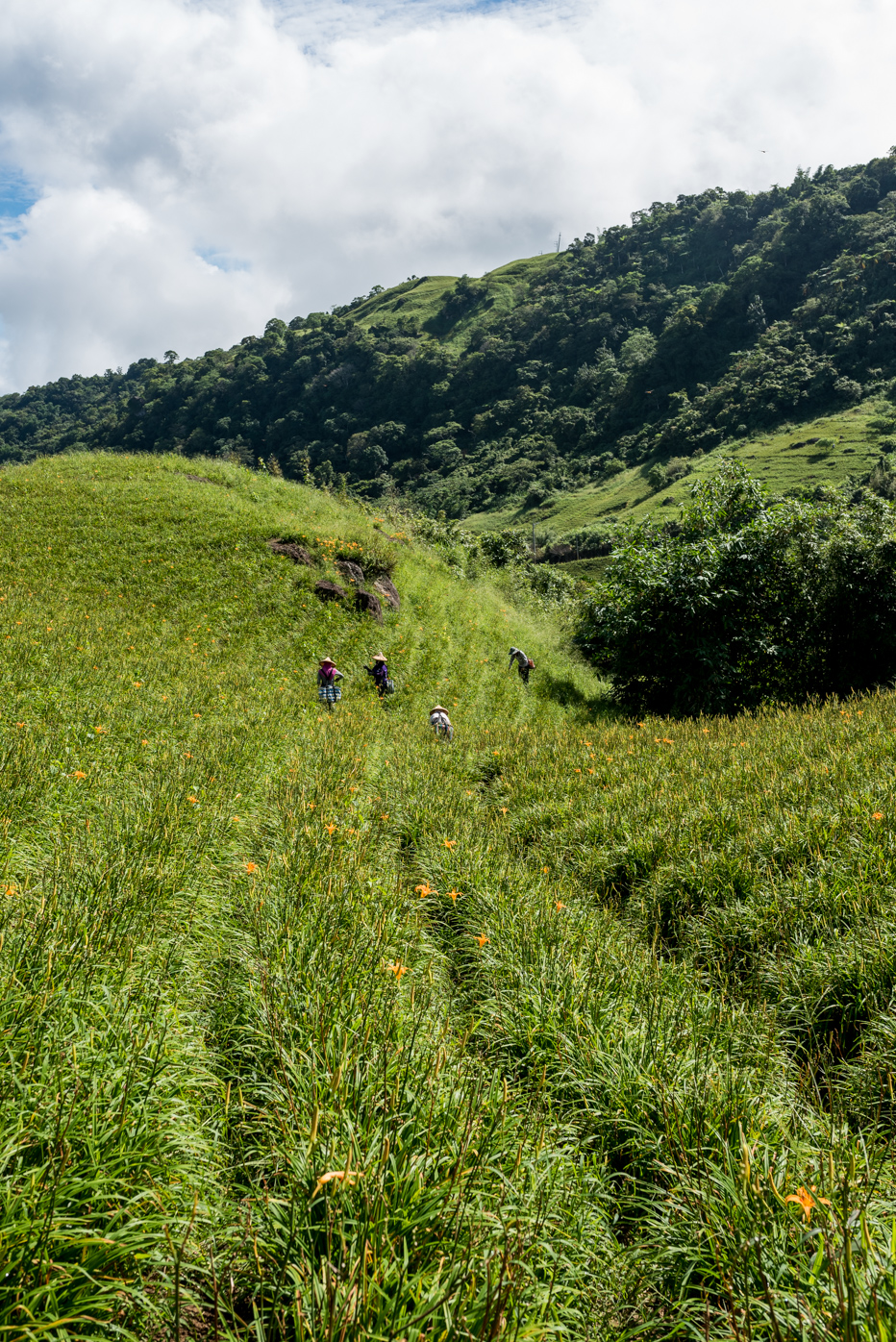 We stayed at a B&B in Yuli which we booked via AirBnB. There are other villages closer by, but if you want to hire a motorcycle or find a taxi to take you up the mountain, Yuli is your best option.

If you follow Hwy 9 southwards, you’ll encounter a sign for 六十石山 along the road. However, there is also another sign that leads to a new – better, but slightly longer – road up the mountain. Google maps, however, still sent us up the old road and we sort of ignored the Chinese warnings we came across. The old route is quite steep and our motorcycle often couldn’t handle it. Meaning: me walking and Sander pushing the bike further up the hills.

Suddenly something snarled at me from the side of the road! Now that was one very angry monkey! For a moment I hesitated – take out my camera or make a run for it? Since he continued to growl, I decided on the latter! :)

One hour later drenched in sweat we made it to the top of Sixty Stone Mountain! The weather turned out to be surprisingly sunny and the flowers were even more beautiful than we could’ve imagined! 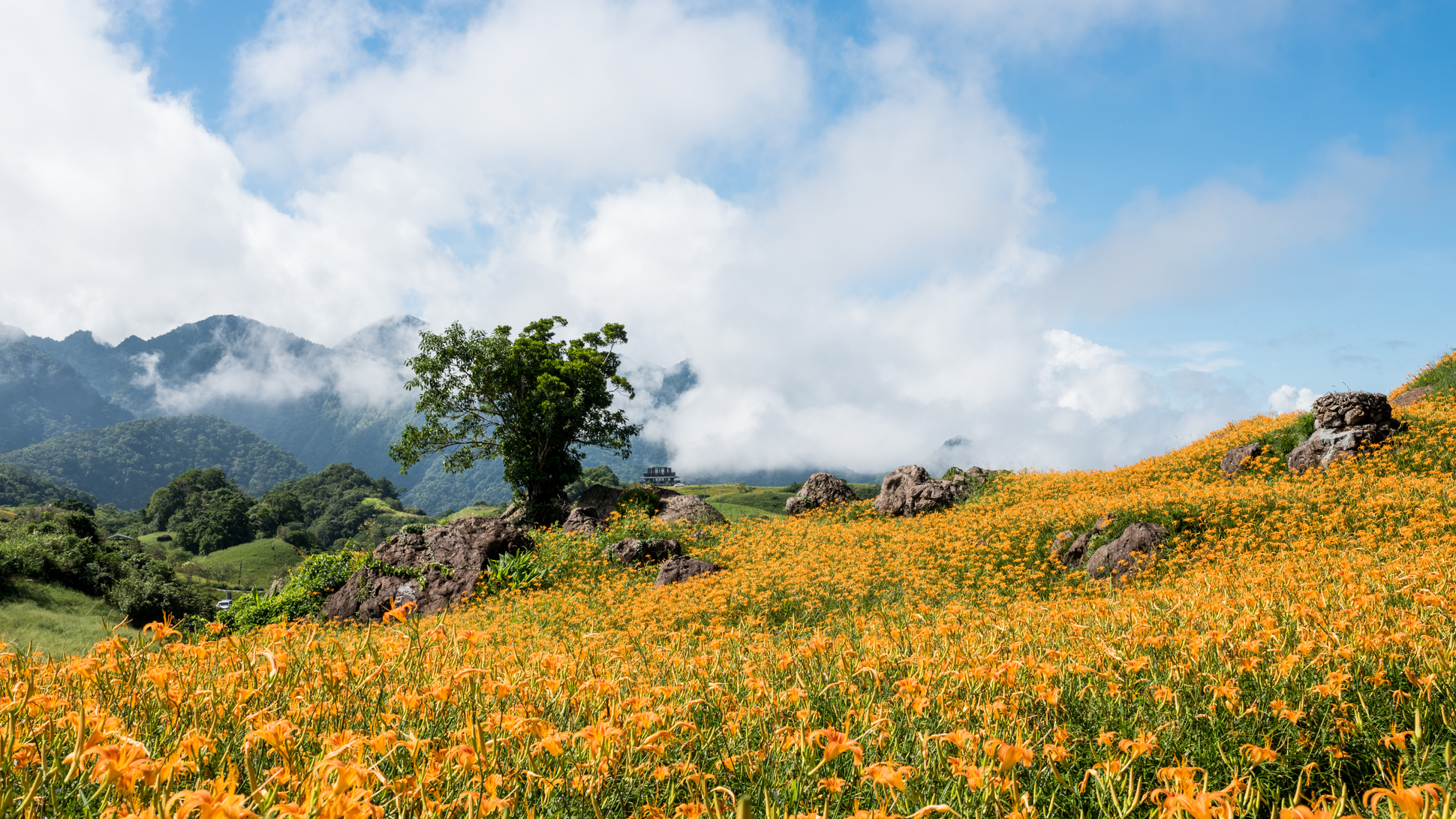 We came here on a Saturday, and although we were the only foreigners, we were of course not the only ones admiring the flowers. But the area is quite big and there are many small roads winding through the fields. If you come by motorcycle it’s easy to find a field of flowers almost entirely to yourself! 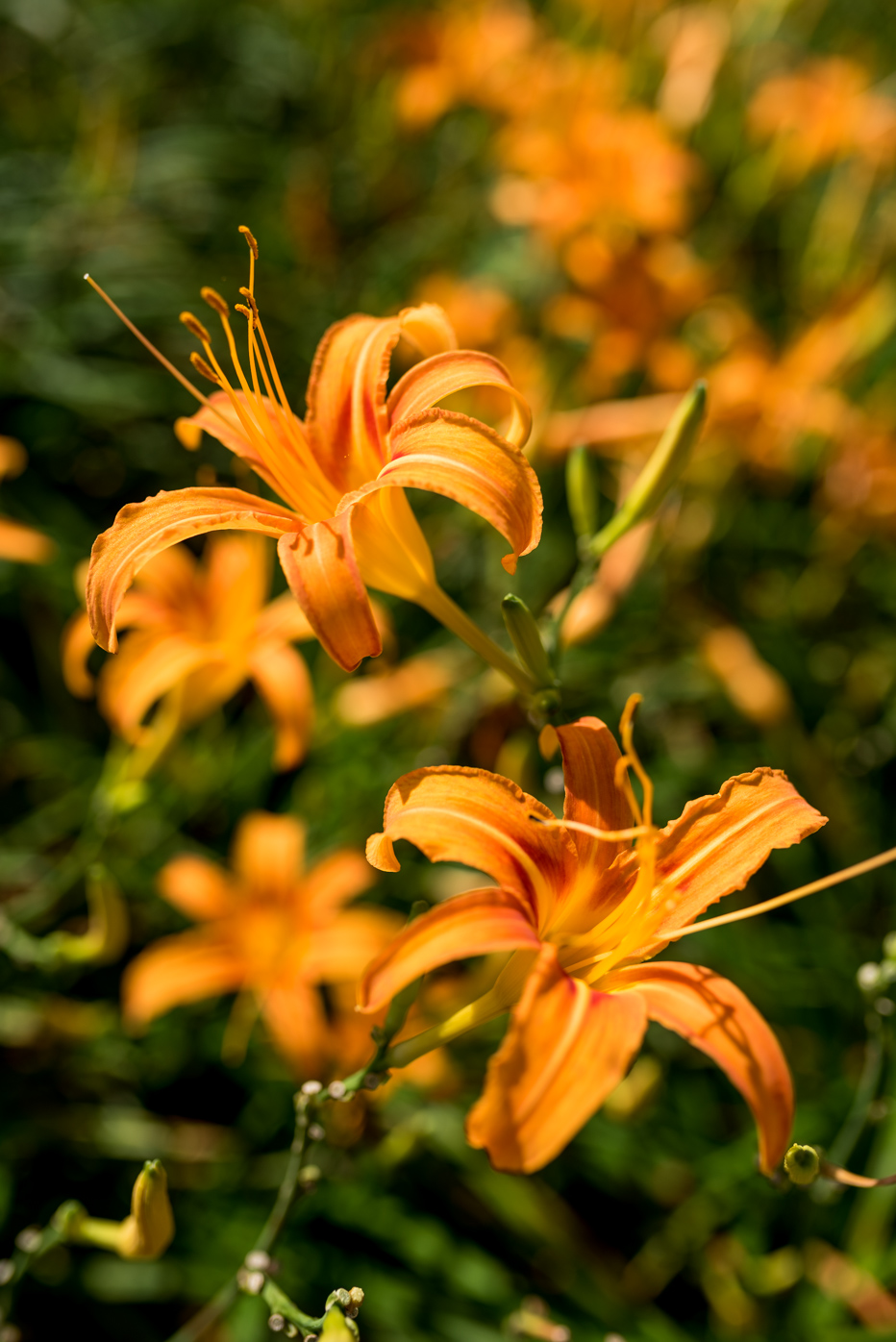 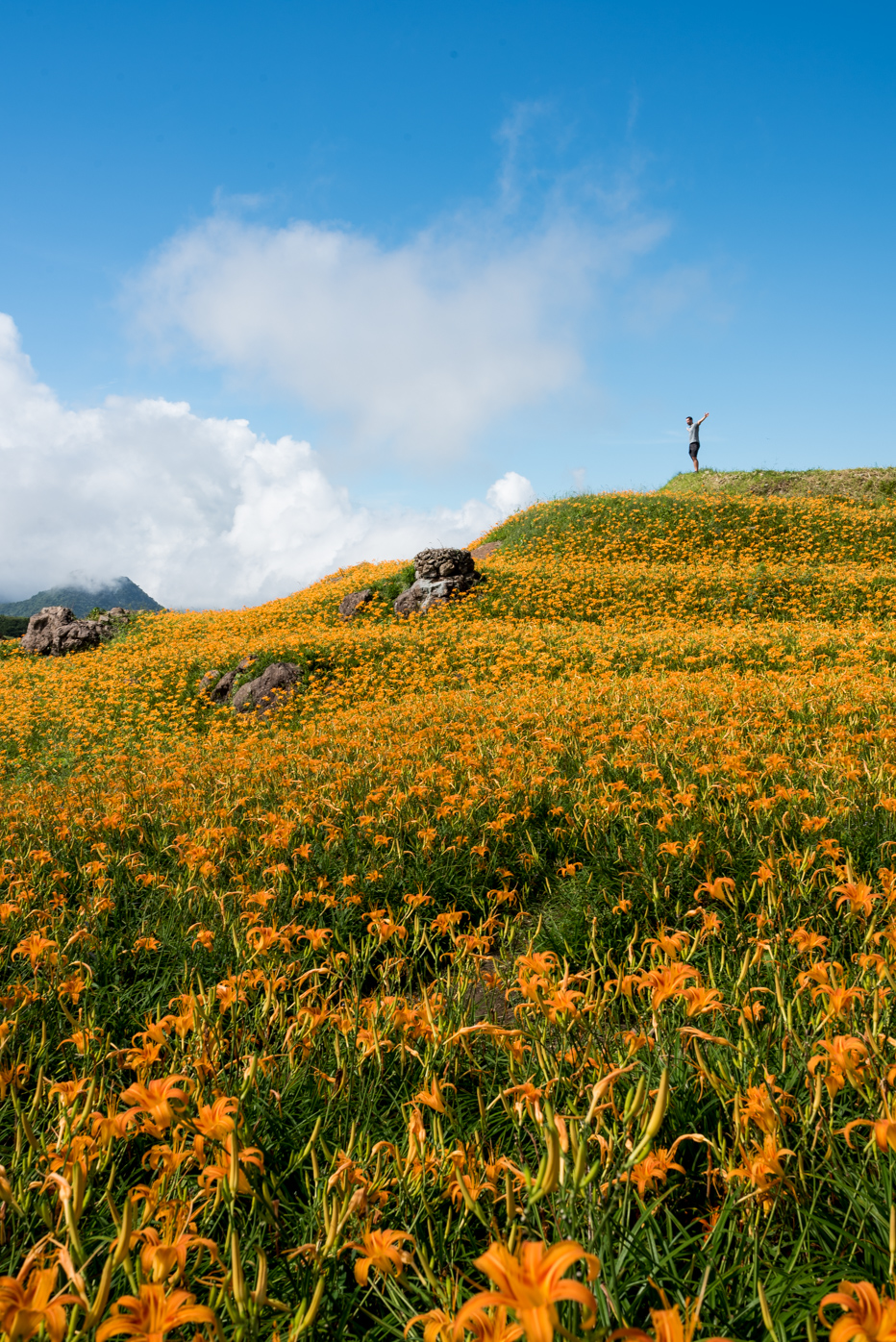 These lilies bloom for one day only, hence their name: daylily flowers. They are harvested for consumption. As you go along the road, you’ll encounter stalls selling all sorts of things flower related: lily ice cream, lily soup, fried lilies and of course packages of dried lilies. 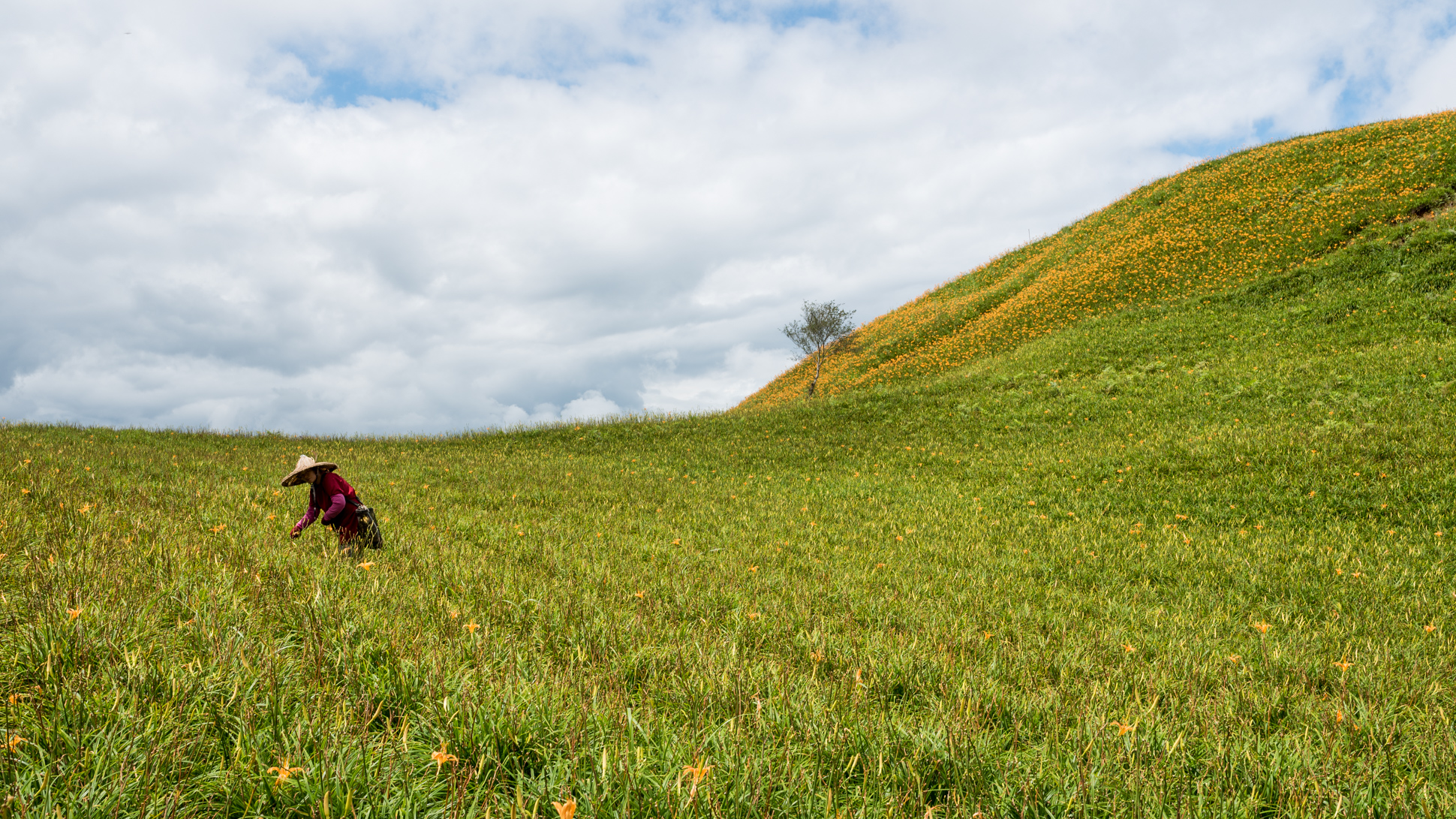 When it was time to return to Yuli, clouds were gathering over the mountain and it started to drizzle. Everyone we passed, directed us towards the new road, as the one we took in the morning would be too dangerous to descend. 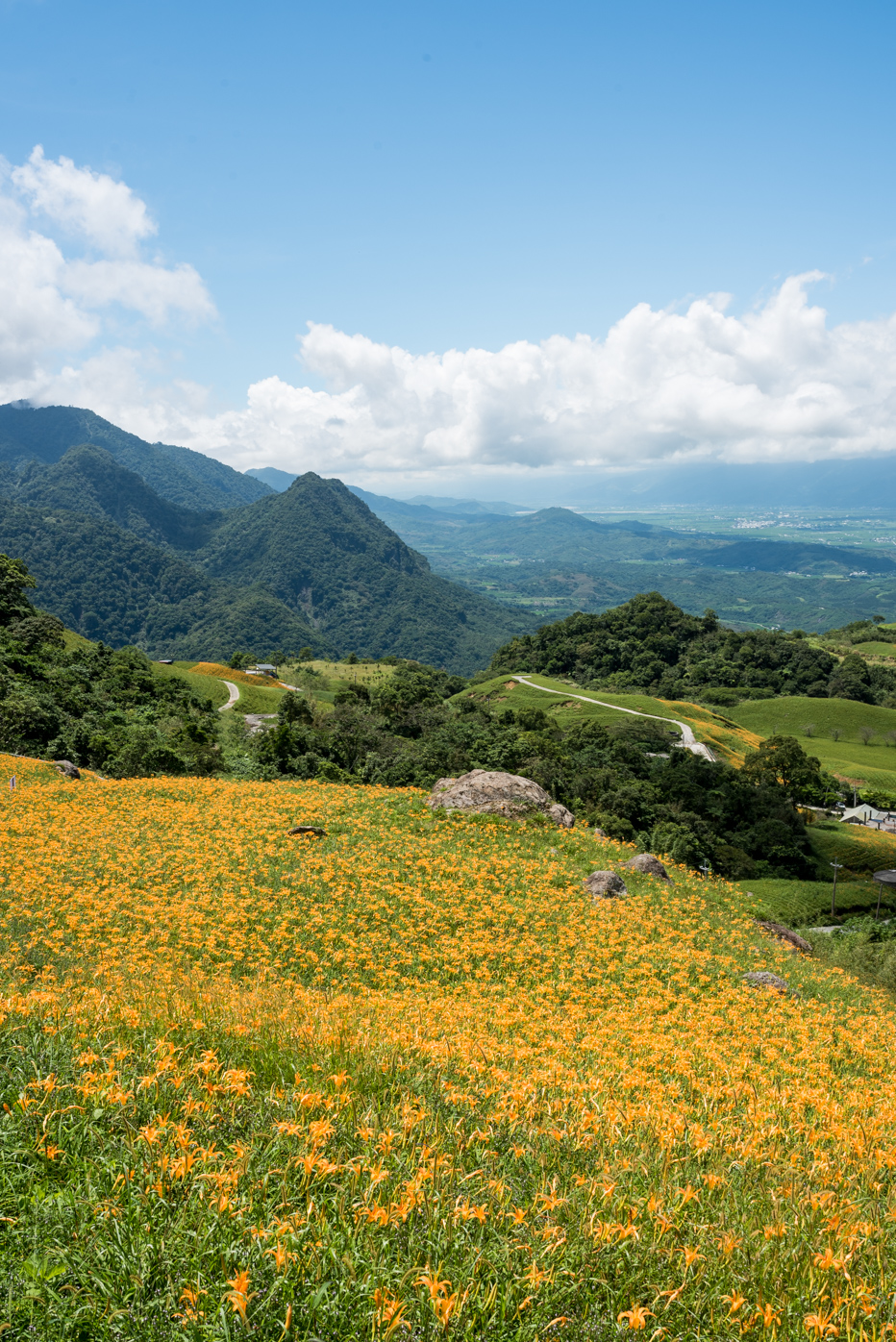 If you are ever in Taiwan during August or September, make sure not to miss this wonderful sight! It’s a bit of a hassle to get there, but definitely worth all the trouble!