If you wanna escape the heat and humidity of the concrete jungle, head to one of Taipei’s nearest beaches: Fulong beach! It’s probably not the nicest beach in Taiwan (can’t wait to travel south!) but it’s one of the best you can find here in the north. Since we’ve arrived in Taiwan, we have been to Fulong three times already. Once for swimming and cycling the old Caoling tunnel, once to hike the Caoling Historic Trail and another time to explore the underwater world of northern Taiwan!

Fulong beach is divided in 2 parts: one paying part in front of the Fullon hotel and one free part near 東興 temple. You get to the bigger part by crossing the (ugly) Rainbow bridge and paying 100 NT, in exchange you can use the showers and toilets. We arrived not knowing that the International Sand Sculpture Festival had just kicked off. So we could also enjoy the works made by various international sculptors. 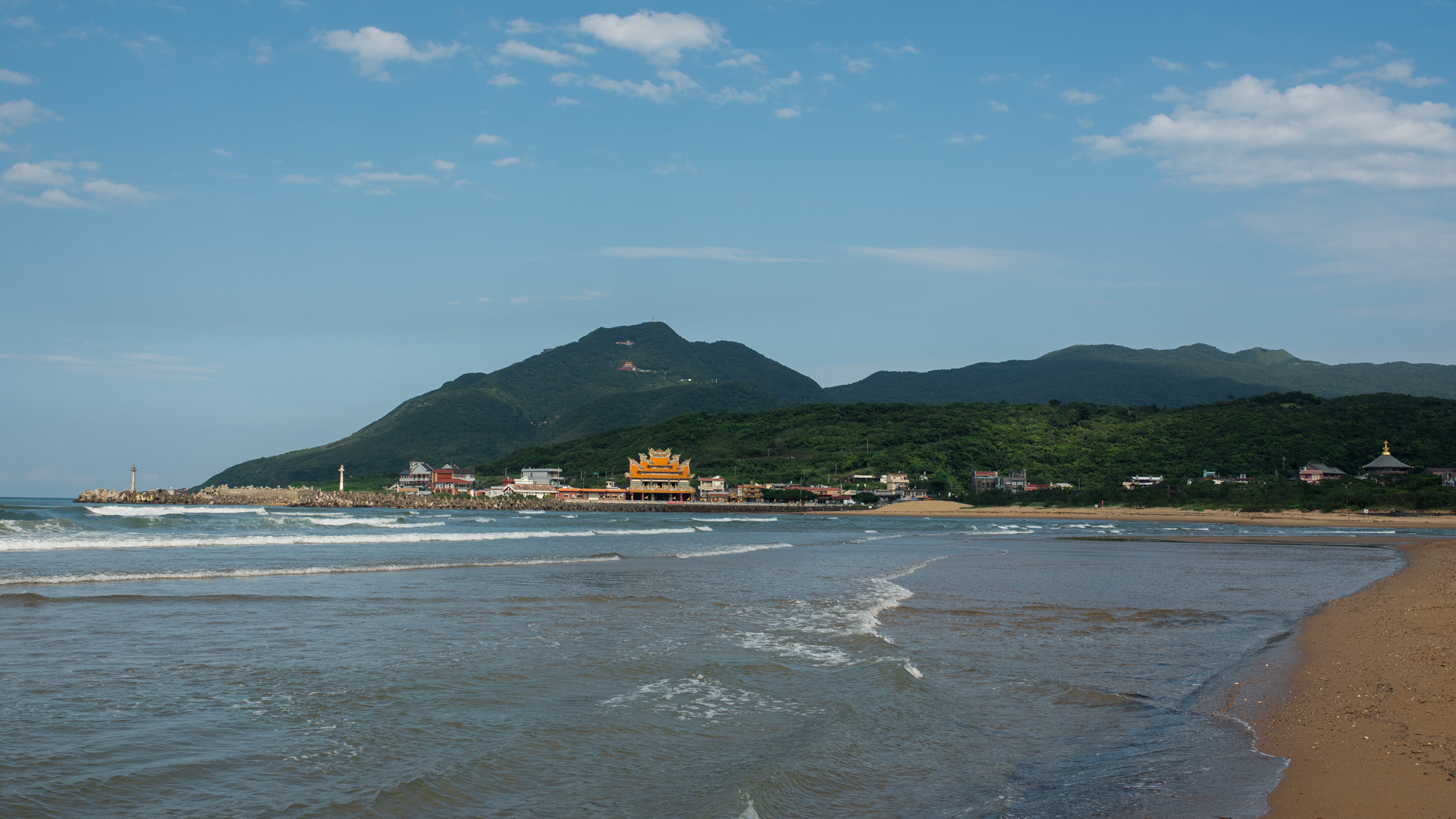 Keep in mind that a lot of Asians are not very fond of swimming – or just can’t – and tanning. I was one of the few people wearing a bikini on the beach! Most people were covered from head to toe, hiding under umbrellas or beach tents. This also means swimming will be prohibited when the waves get a little “wild” and the coast guard will keep you from swimming too far. Even though the water still doesn’t reach your shoulders…

The Caoling tunnel was a railway project built during the Japanese occupation. Many years later, a new and broader tunnel was constructed right next to the old one. Since 2009, after being closed for more than 20 years, the old tunnel has been reopened as a biking path.

When you get out of the train station you’ll pass by a lot of places that rent bicycles. Grab one for 100NT/day and make a turn to the right when you get to the main road. After a few meters you’ll see a sign for the Caoling tunnel. 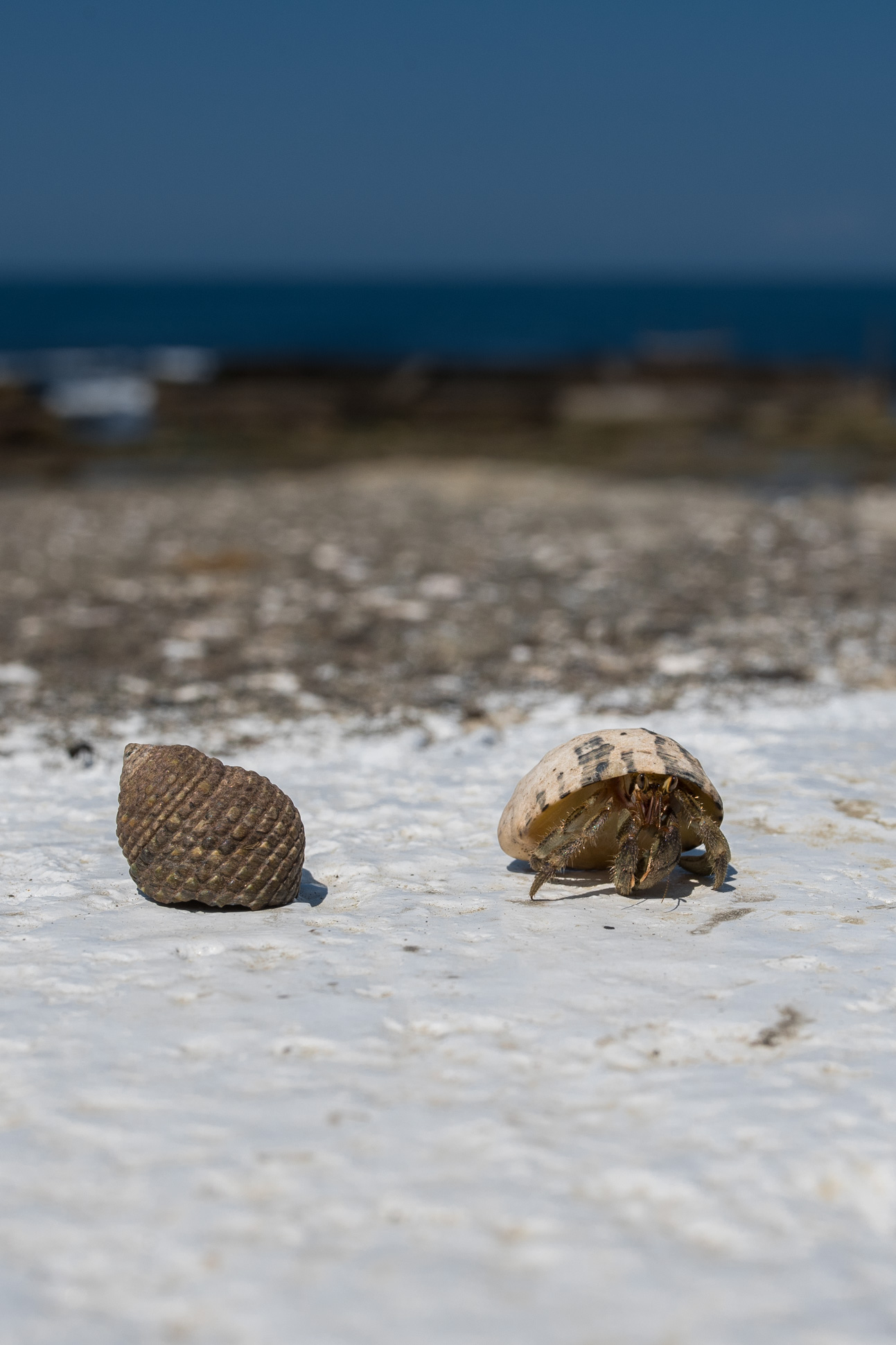 The more than 2 km long tunnel will take you to the other side of the cape where you have a great view on turtle island! Here you have two options, go back the same way and enjoy the coolness of the tunnel, or take the 20 km coastal bike path around the cape back to Fulong. It will be hot! But keep in mind that at the end there is the beach and a cold beer from 7-Eleven waiting for you!

On your way around the cape, you’ll pass by the tiny fishing village of Magang, while on the hills above you can see the white Sandiaojiao lighthouse. The view is supposedly great up there, but in this heat we didn’t feel like taking that flight of stairs…

This trail runs from Dali to Fulong along Taiwan’s east coast. It is the only part left of a route that used to connect the port of Danshui and present-day Yilan during the Qing dynasty. It will take about 4 hours to finish while walking along stone surfaced paths and stairs.

We went on this hike with Taipei Hiking & Riding meetup group, who organized everything for us. It’s really easy to do this hike by yourself but if you want more background information and a detailed route, pick up a copy of Richard Saunders’ “Taipei Escapes 1” at an Eslite bookstore. 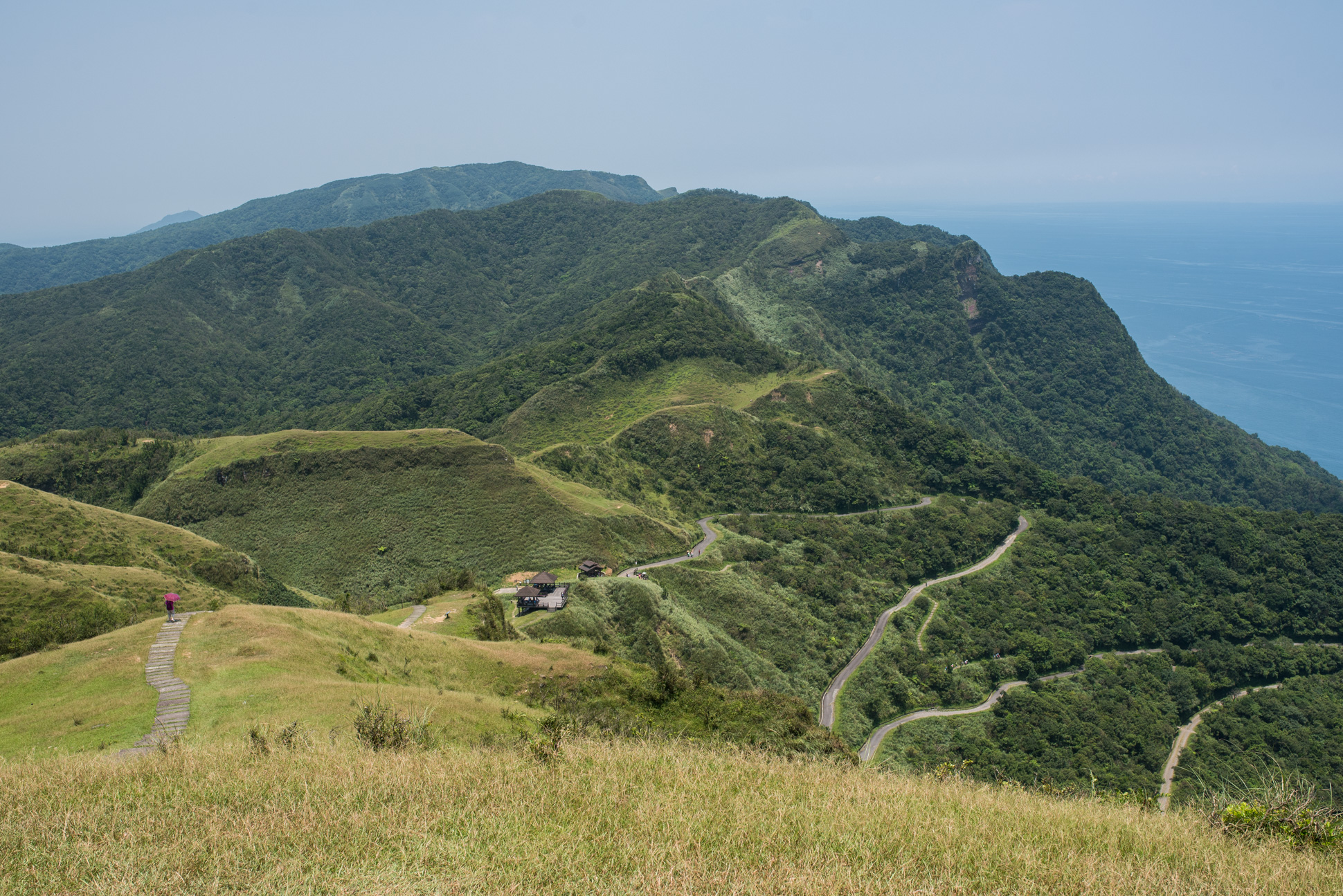 We took a slo-o-ow local train to Dali and hiked in the direction of Fulong, so we could look forward to a relaxing moment by the beach at the end of the hike! 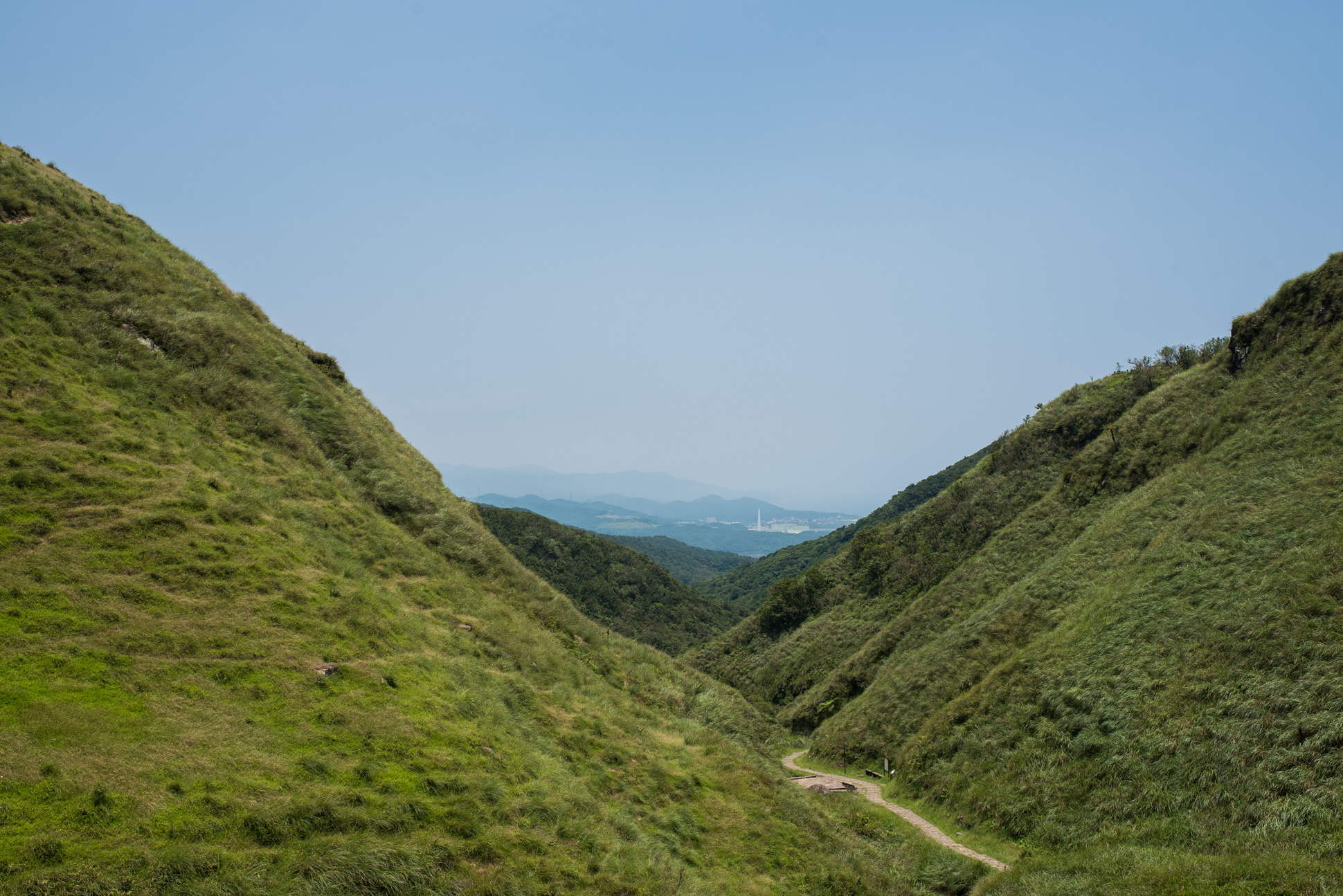 The trail starts near Tiangong temple and quickly goes uphill which gives you another great view on the east coast and turtle island! 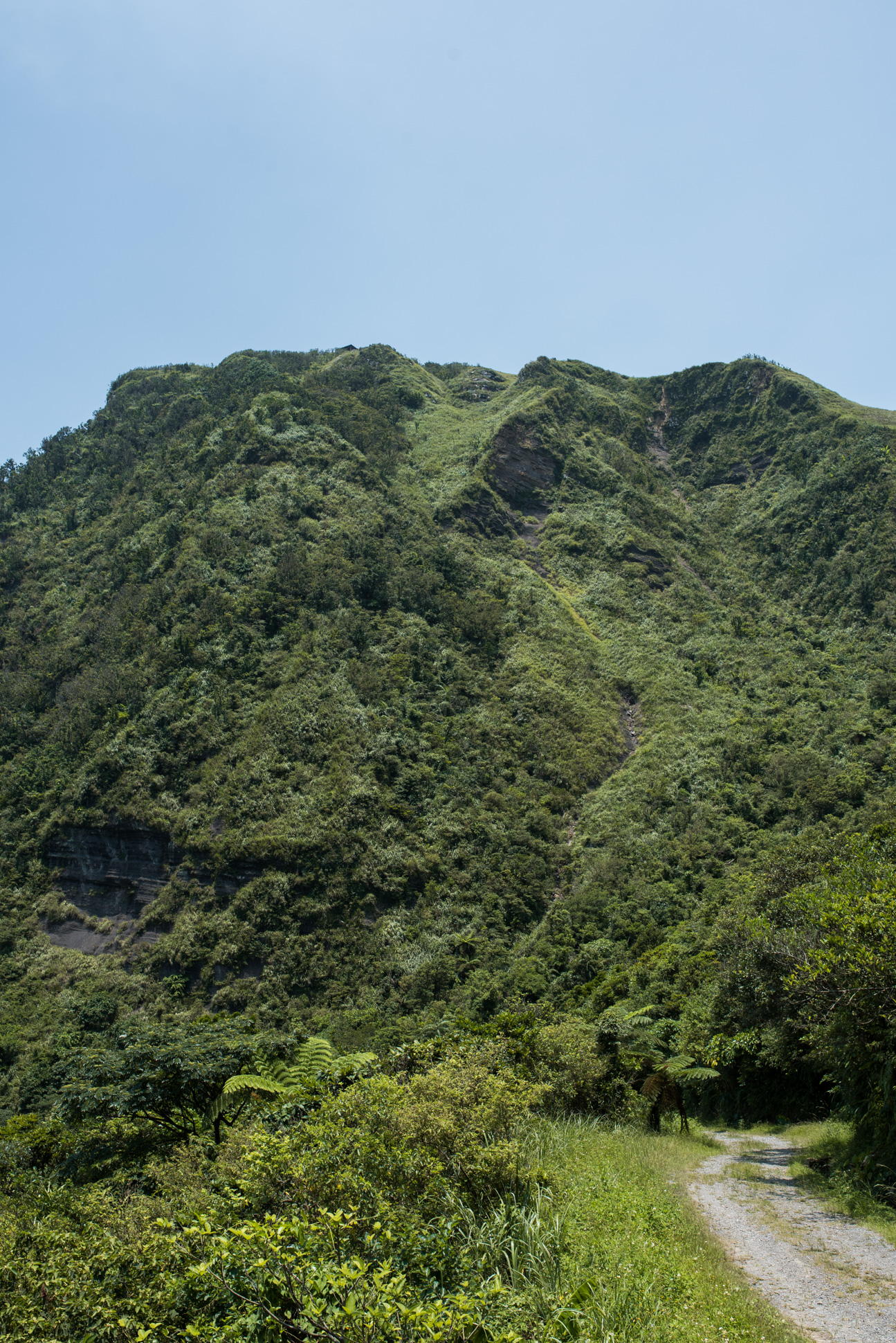 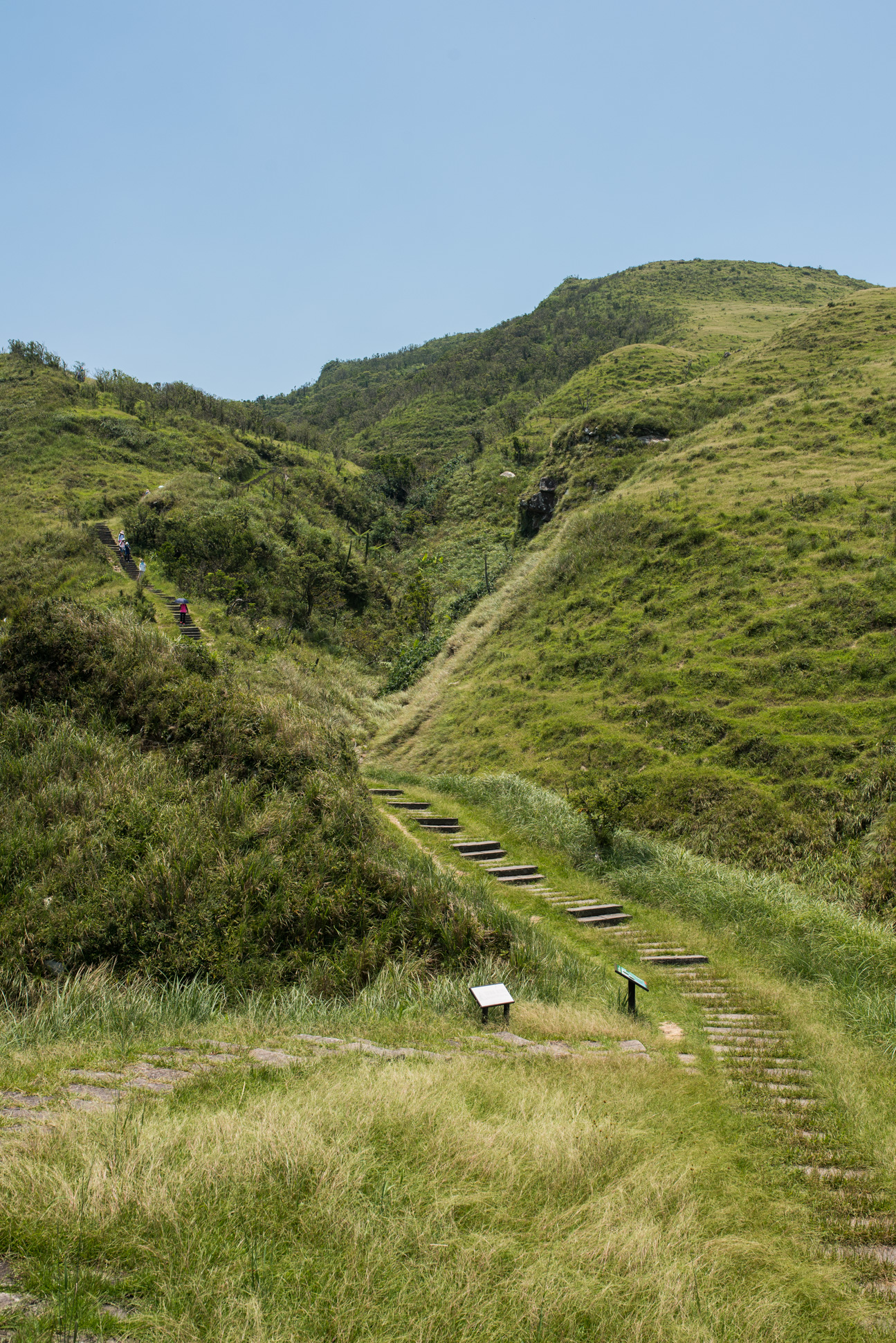 Along the lush green forest trail you’ll pass a few historic relics, such as the Tiger Tablet and the “Boldly Quell the Violent Mists” bolder, both inscribed by Liu Ming Deng. You’ll encounter many beautiful butterflies and don’t freak out by the giant spiders hanging beside you! 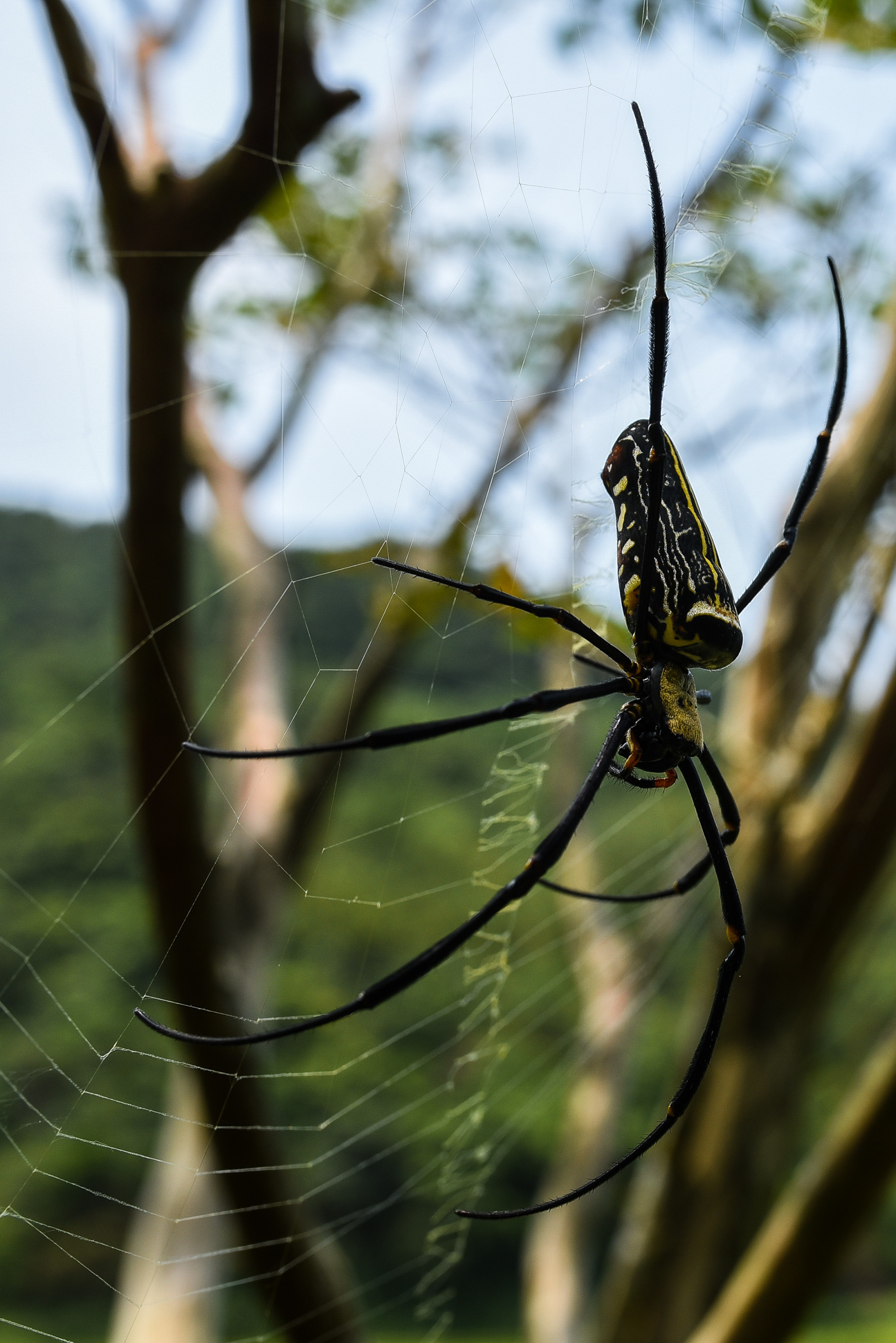 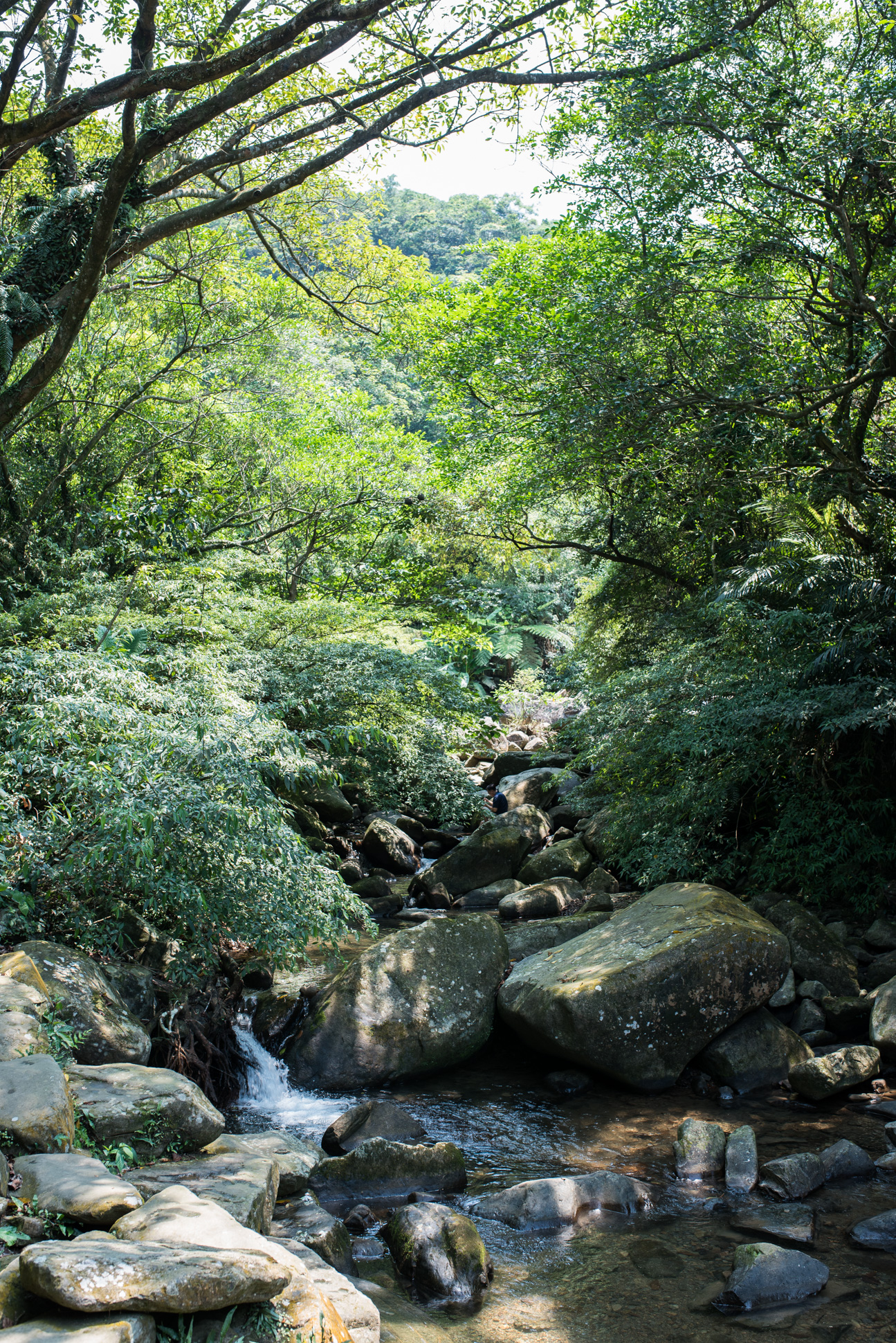 Near the end of the trail is a small river to cool your feet. Afterwards we took the footpath route to go back, which goes along local houses and gardens. Later on you get a great view on the hills covered in terraced fields. Unfortunately my SD card decided to have a break down at that particular moment, so no pictures… 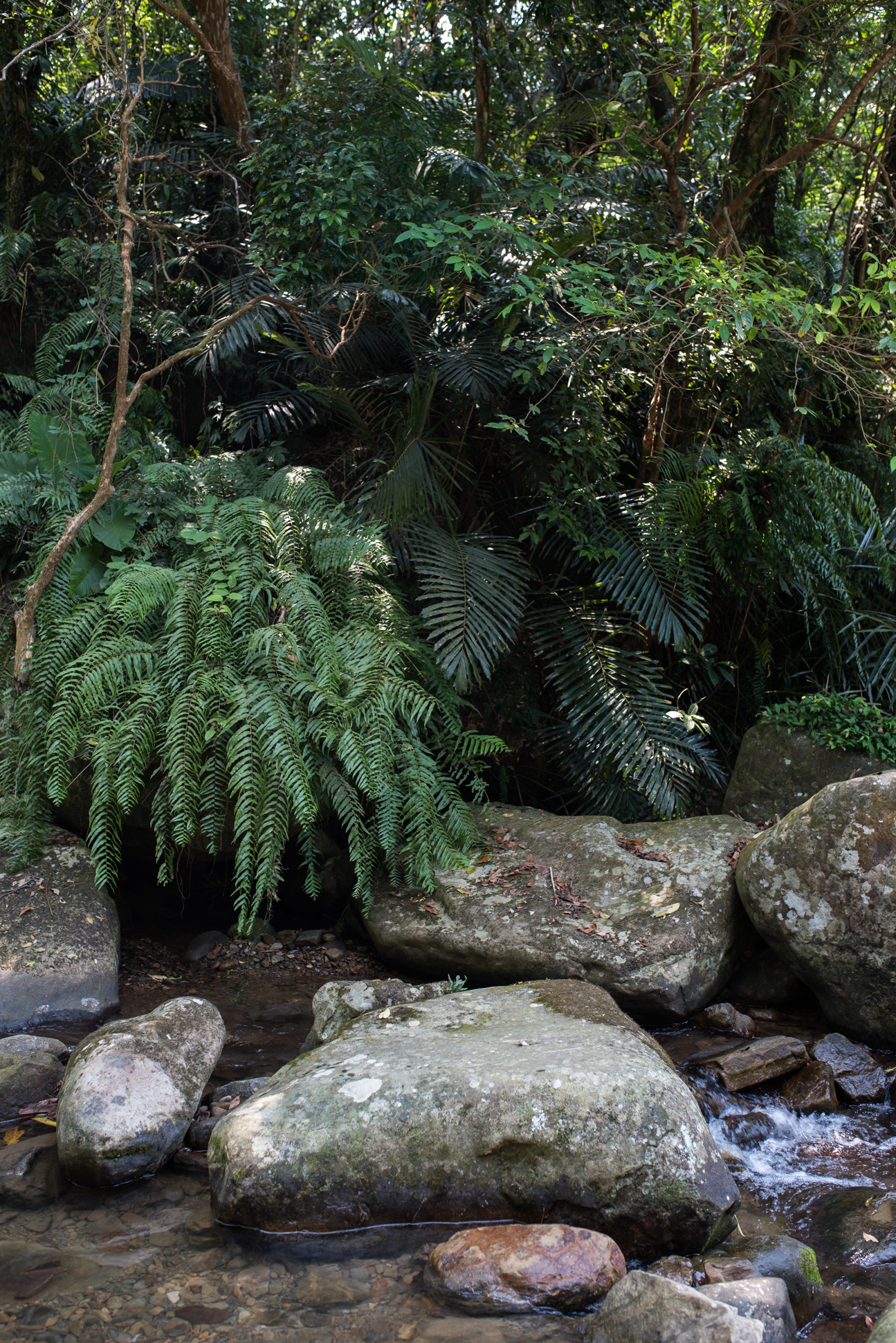 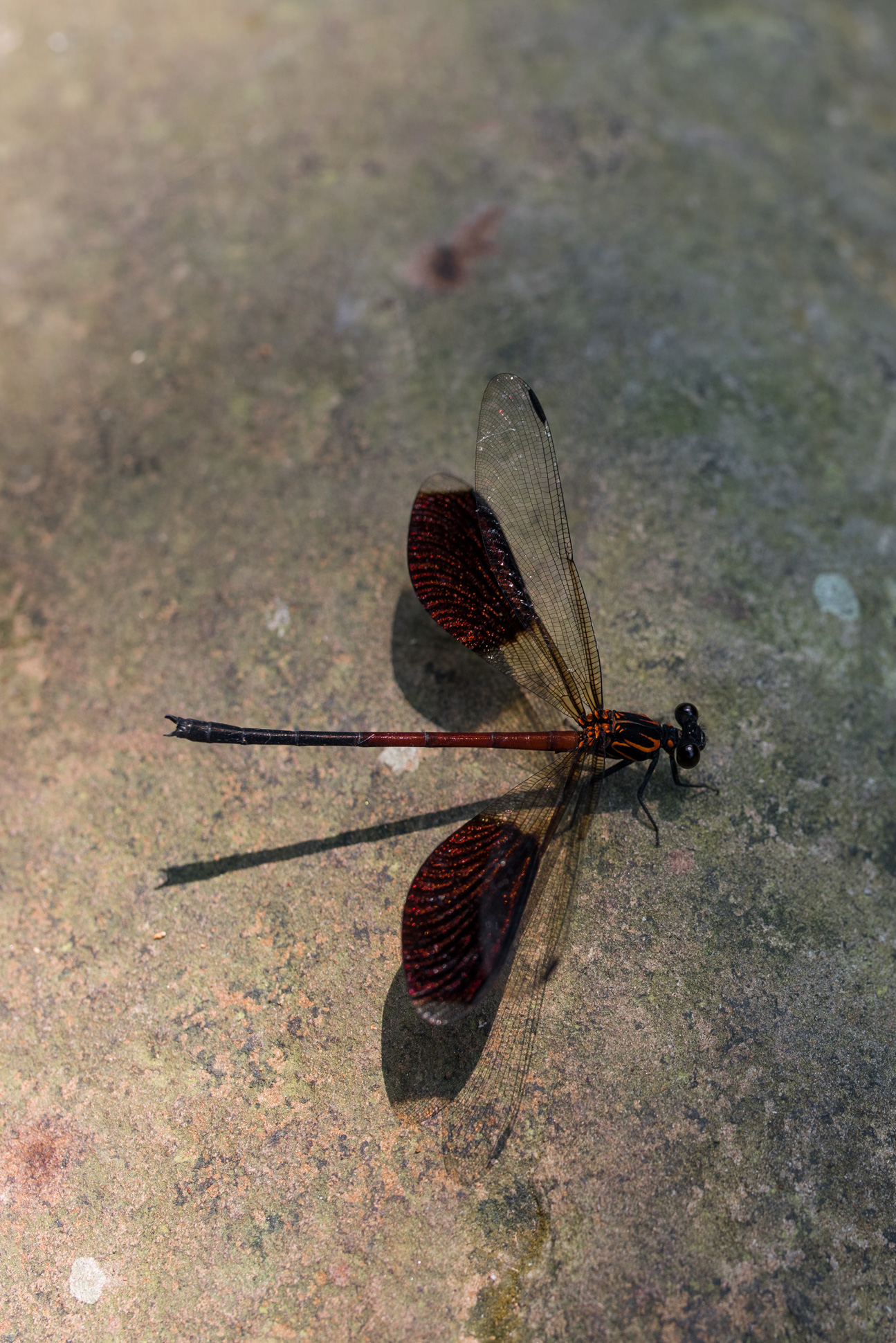 When we returned to Fulong, the quiet town we’ve visited the first time was now filled with crowds for the HO-HAI-YAN Gongliao Rock Festival! It’s free, there is plenty of food, the drinks are cheap and the sunset is stunning: the perfect way to end your day. 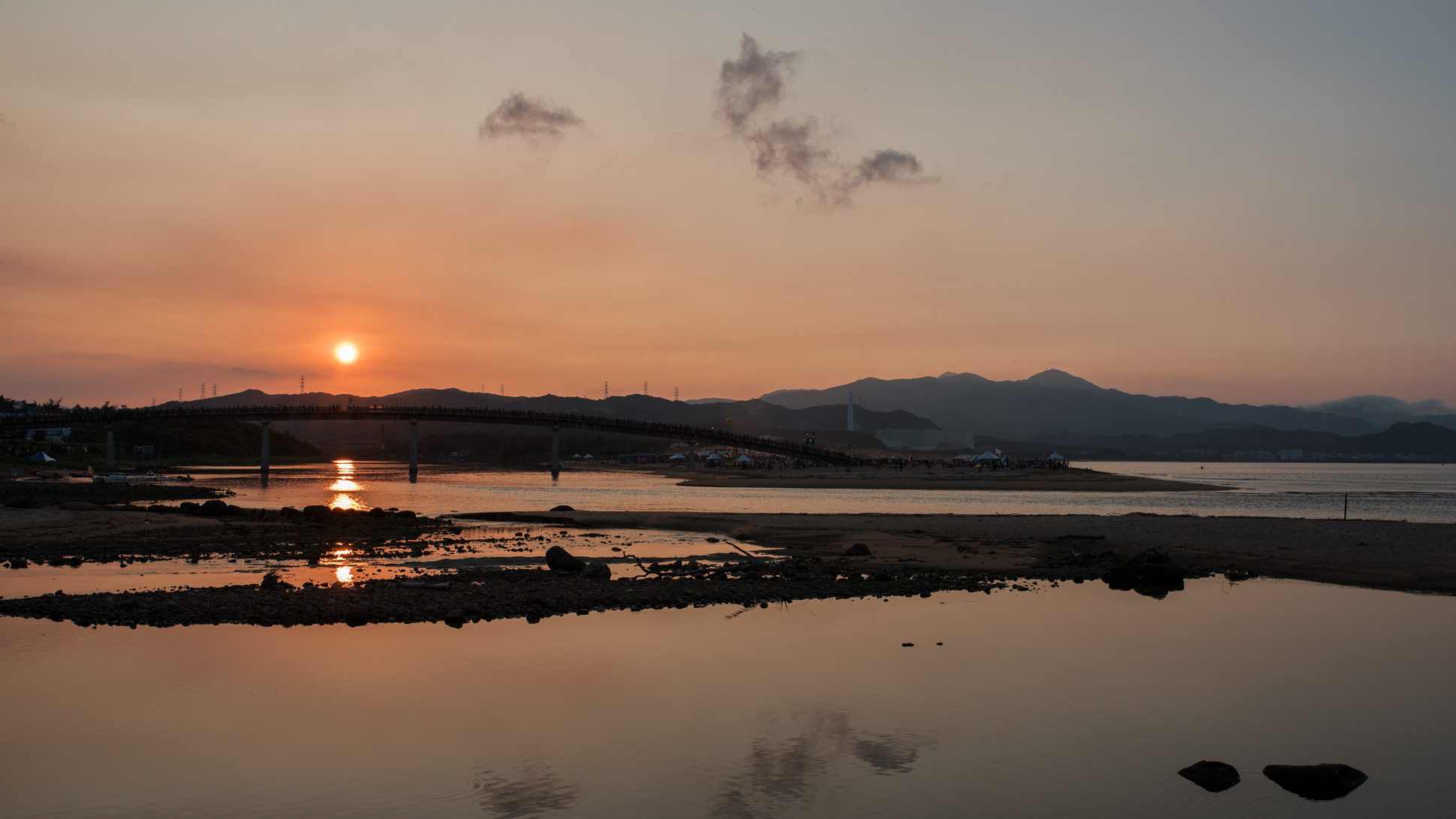 More on diving in northern Taiwan in the next post!