We were walking on Jl. Malioboro towards the north when I looked at my map and saw that there was a river running parallel to this street. I was wondering if we could walk back south along the riverside. According to the map it seemed there were no streets beside the river, but since it was so close, we decided to have a look… 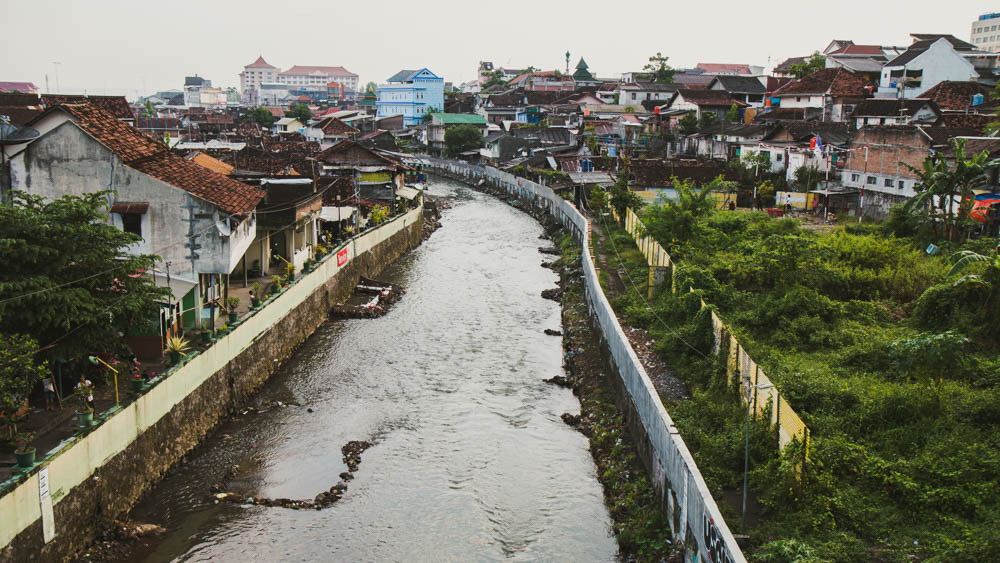 Standing on the bridge above the river named Kali Code, we saw people below pointing at us and waving. A little further, we found a small stairway to get down. 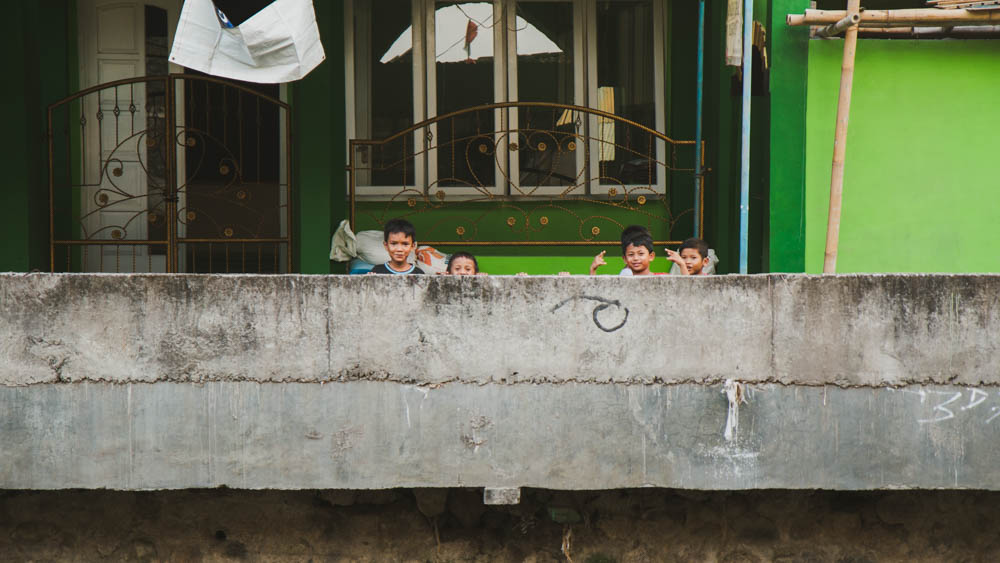 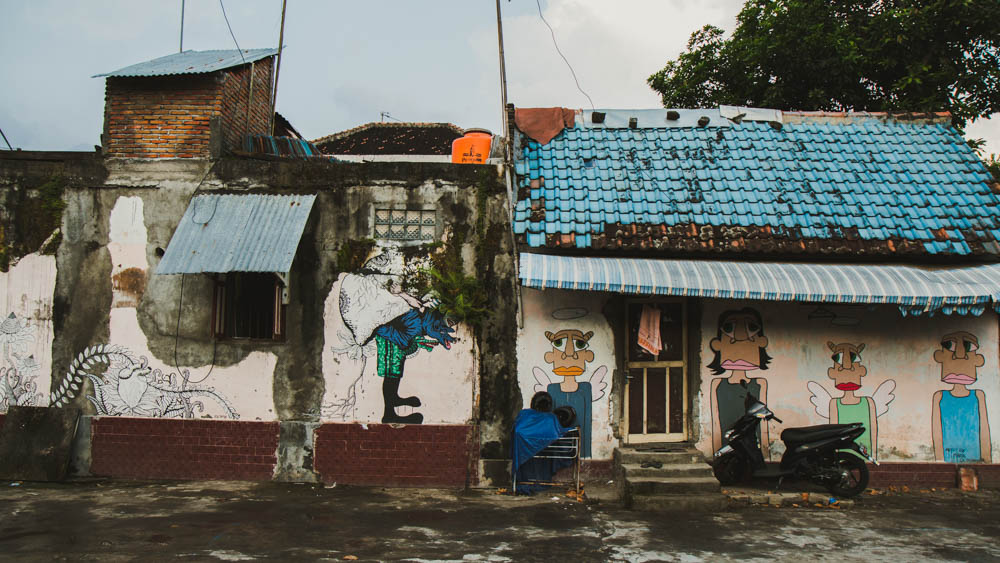 We ended up in a maze of homes lined along the riverbanks. Sometimes you cannot really say ‘house’, more like shacks next to each other built with corrugated iron. In between are water wells and public bathrooms, with showers and toilets, just out in the open. An old lady, merely wrapped in a towel, winked and nodded, as though she was asking if we wanted to join her for a shower. 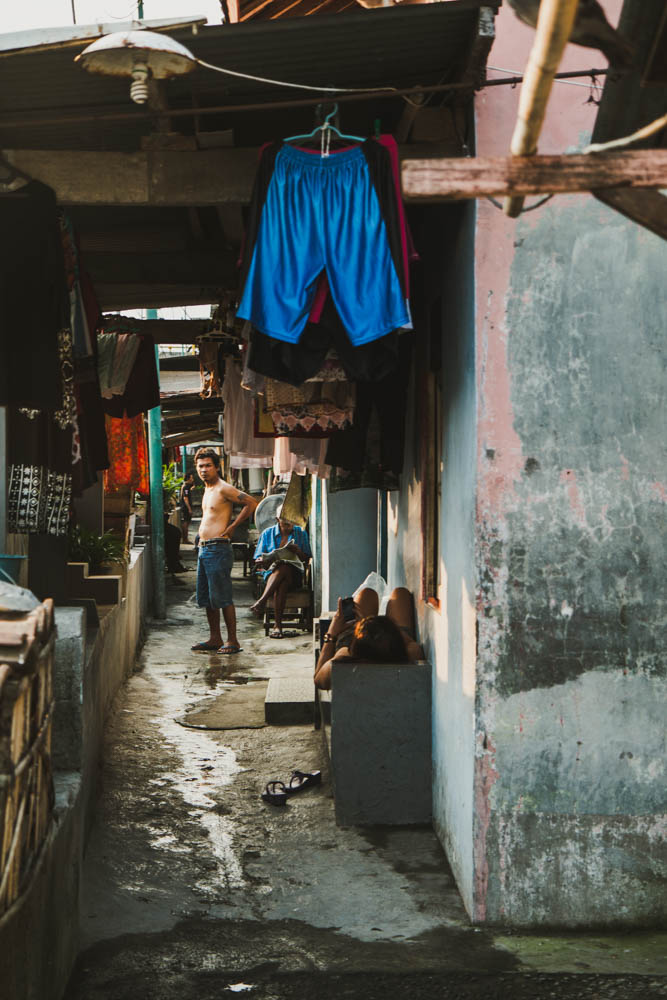 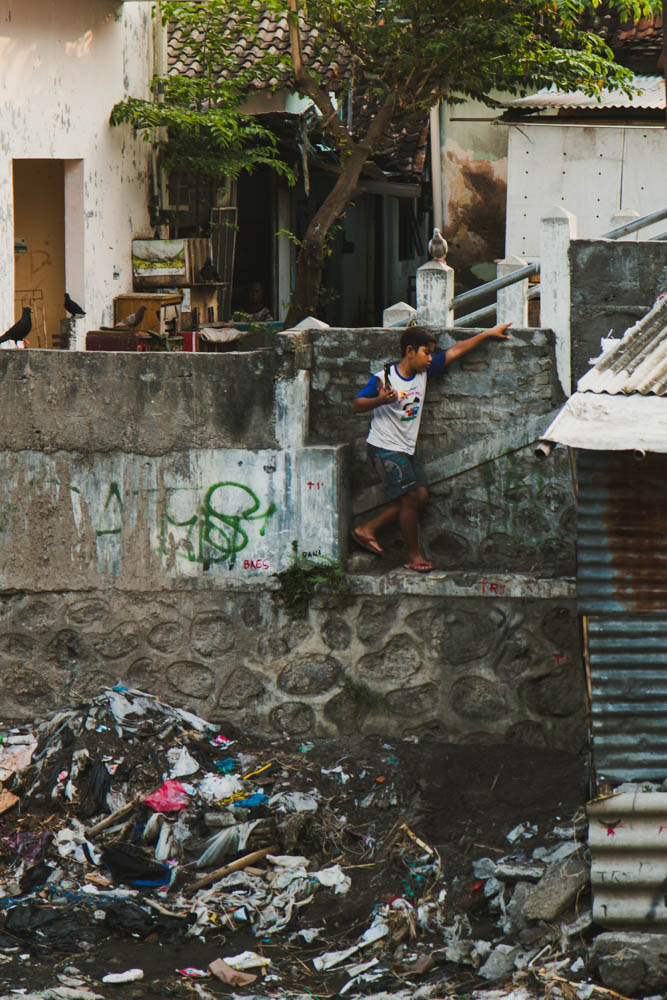 We still find it difficult to take pictures of people, especially close-ups. We don’t want to intrude upon their privacy and disturb their daily activities. On the other hand, in some countries people are more than willing to pose for pictures, but come and ask for money afterwards. So you’re never sure what to expect when arriving in a new place. 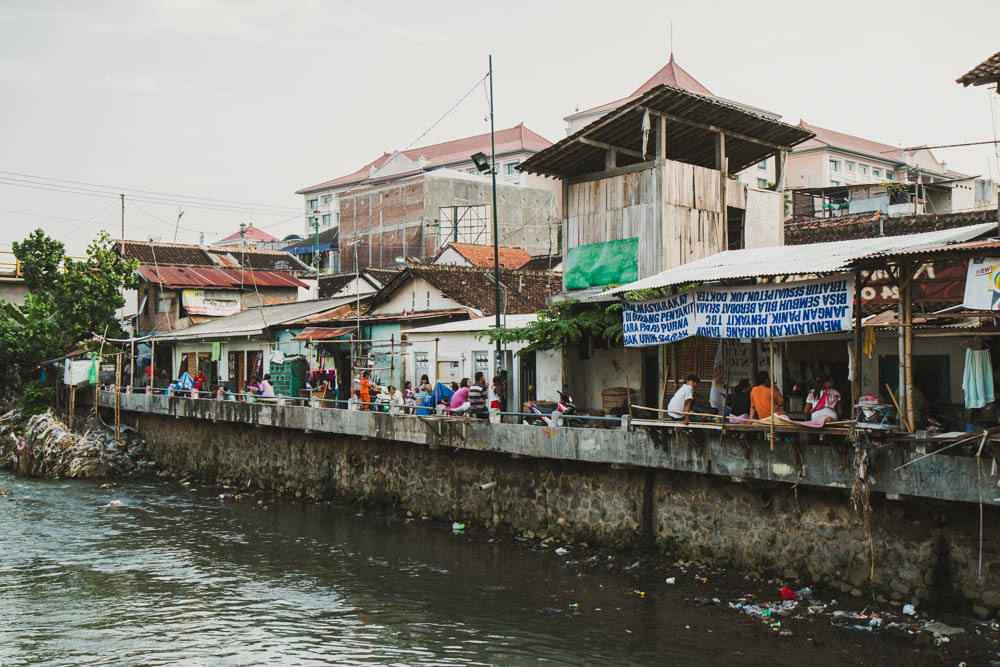 At first we felt a bit uneasy because you’re literally walking through people’s lives. Everybody is sitting outside their house chatting, working on something, taking care of little kids, etc. You have a glance at their simple ways of living. 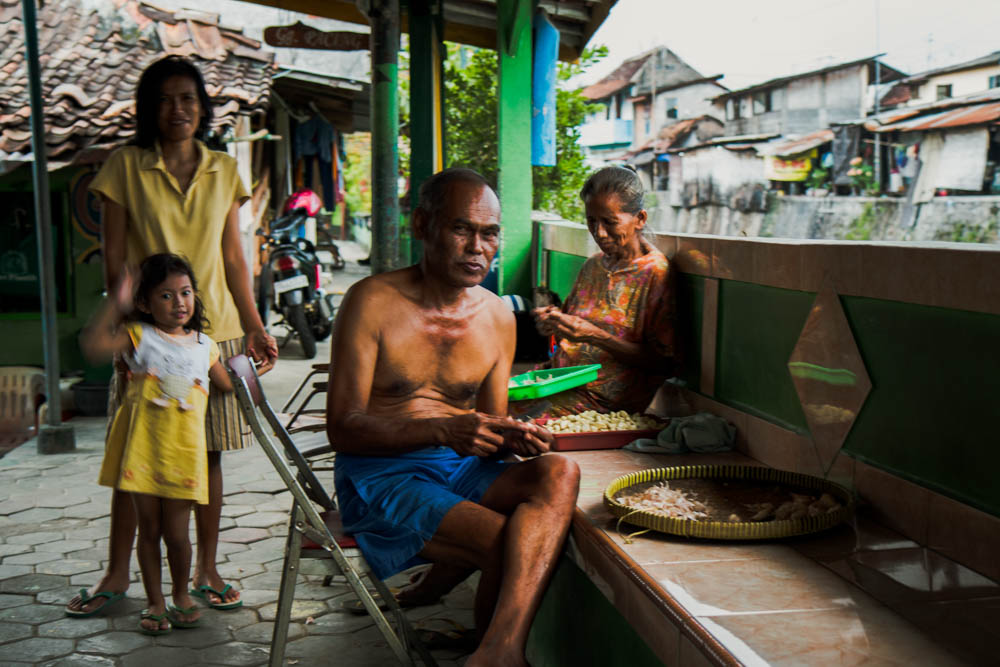 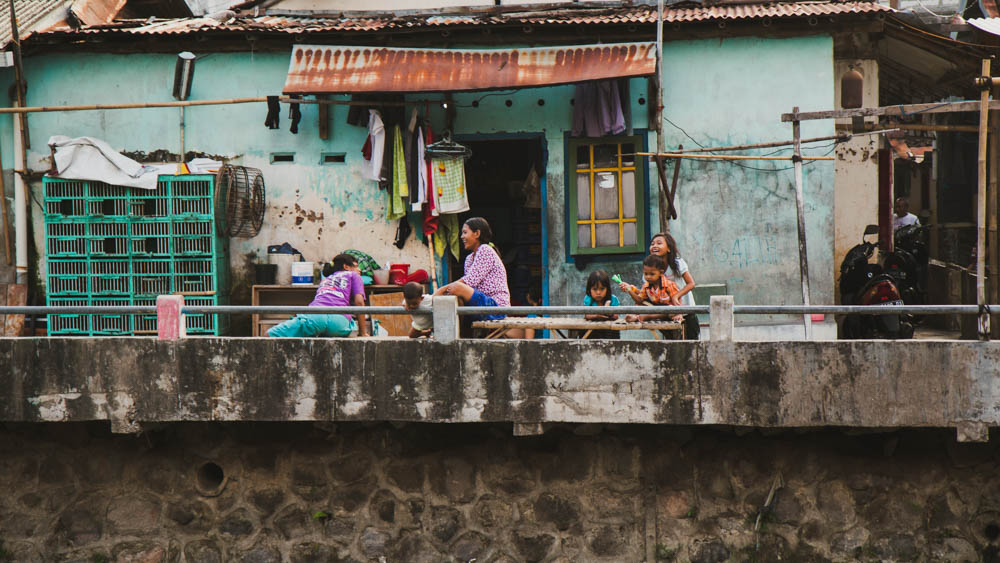 But everyone was very friendly and greeting us “Hello!” “Hello Mister! Hello Miss!” “Where are you from?” Some kids even started talking in Dutch! “Hallo, wat is jouw naam?”

I was gesturing if I could take their picture, not knowing how they would react, but they immediately started posing and making V-signs (or worse!). Then they ran off, giggling. Moms and grannies carrying babies on their arms, pointed at my camera and were proudly showing off their little ones. 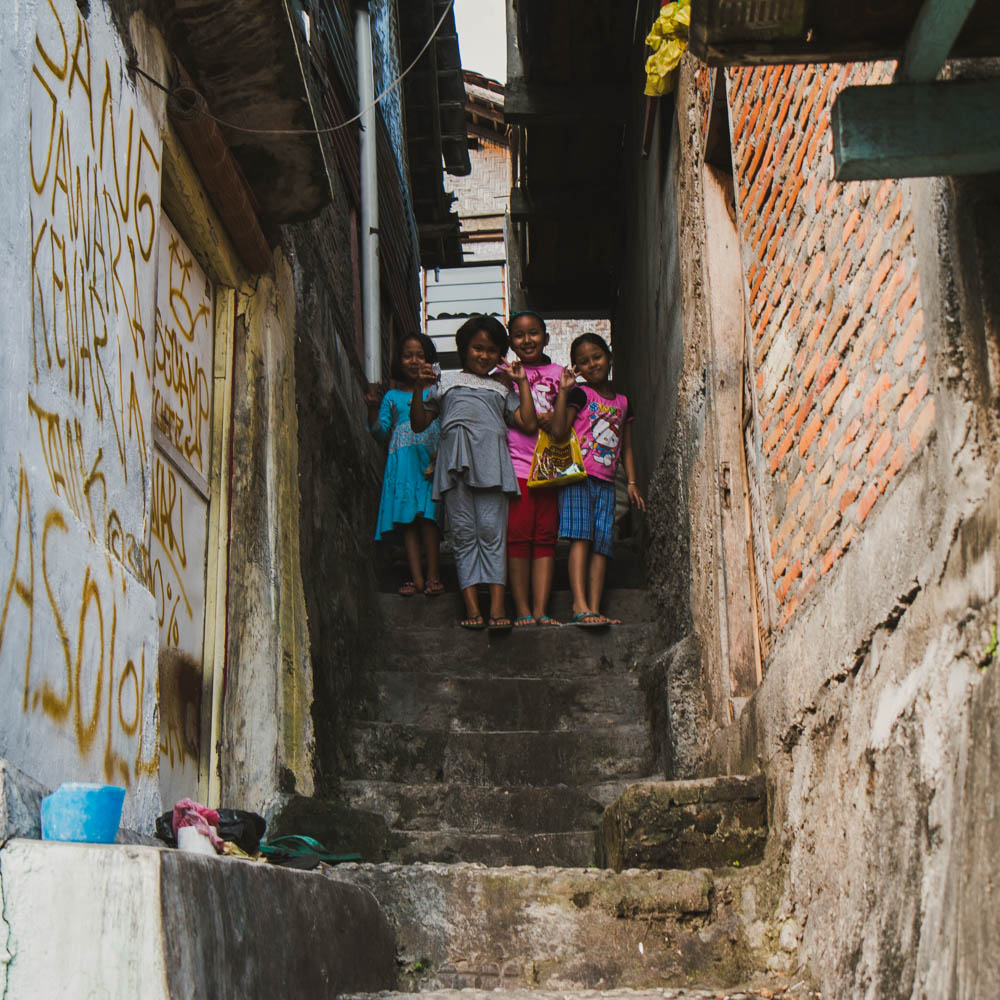 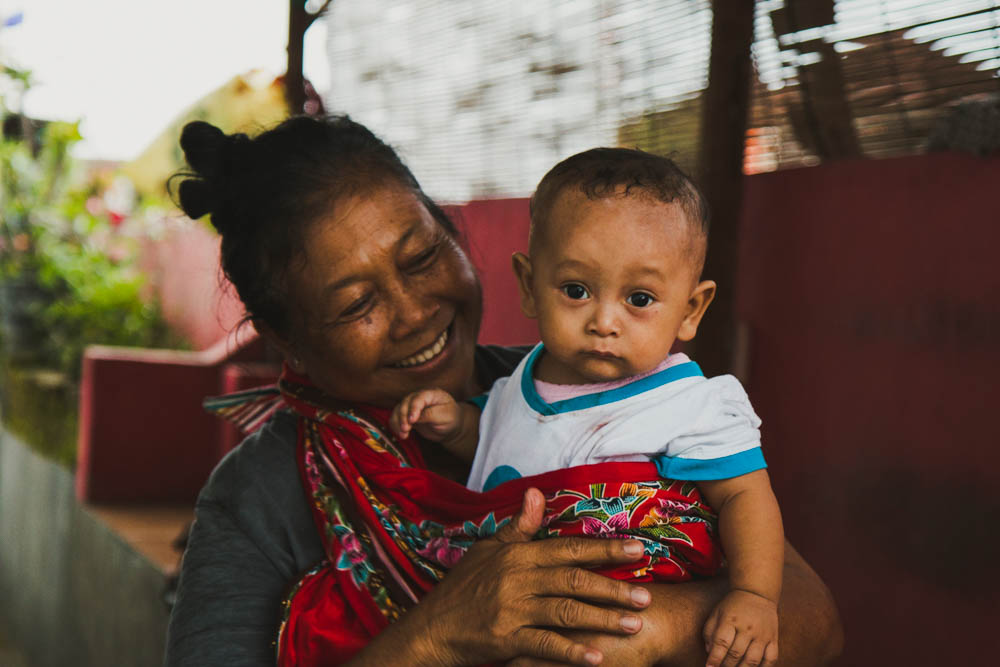 The further we walked, the more smiles and waves we received. We passed guys calling in their pigeons, people attempting to fish, kids running around, colorful murals and lots of chickens! 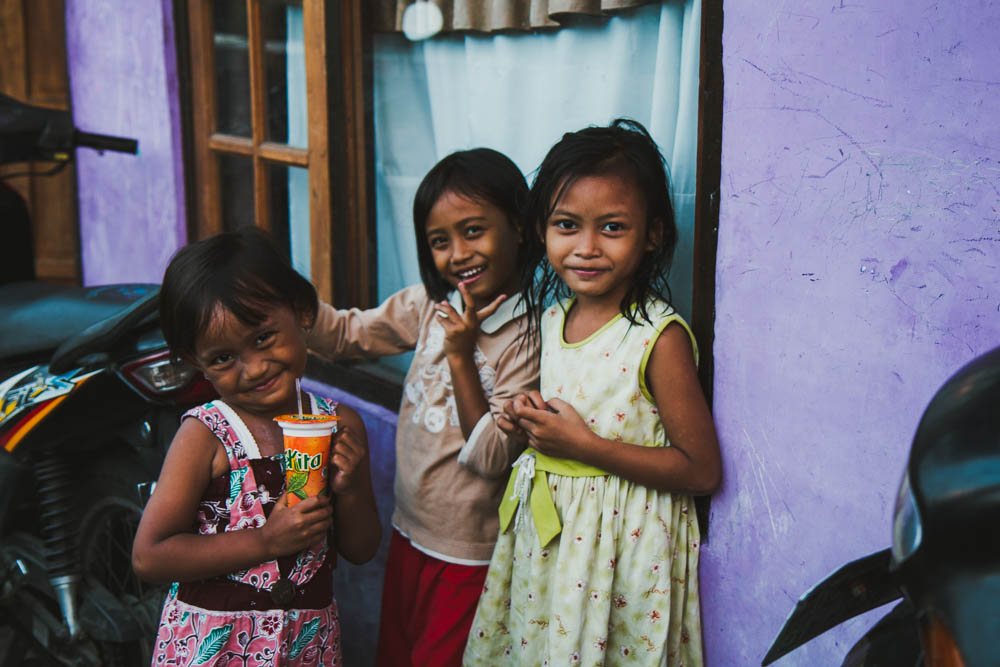 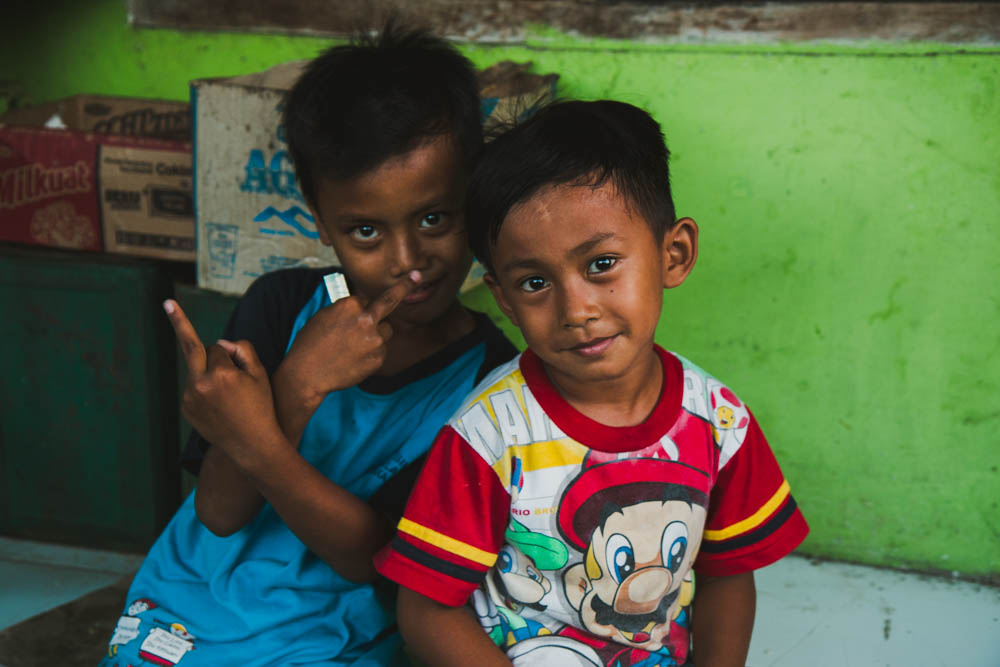 When I was writing this post, I wanted to look up the name of the river. That’s how I stumbled upon this and this article. Apparently the Kali Code is a community.

“The river itself is the centre of life in the community of Kali Code. At first it was a refuge for the poor and for ex-criminals. Now the close-knit neighbourhood provides a colourful atmosphere for creative production, where residents work alongside each other at their diverse small-scale industries.” 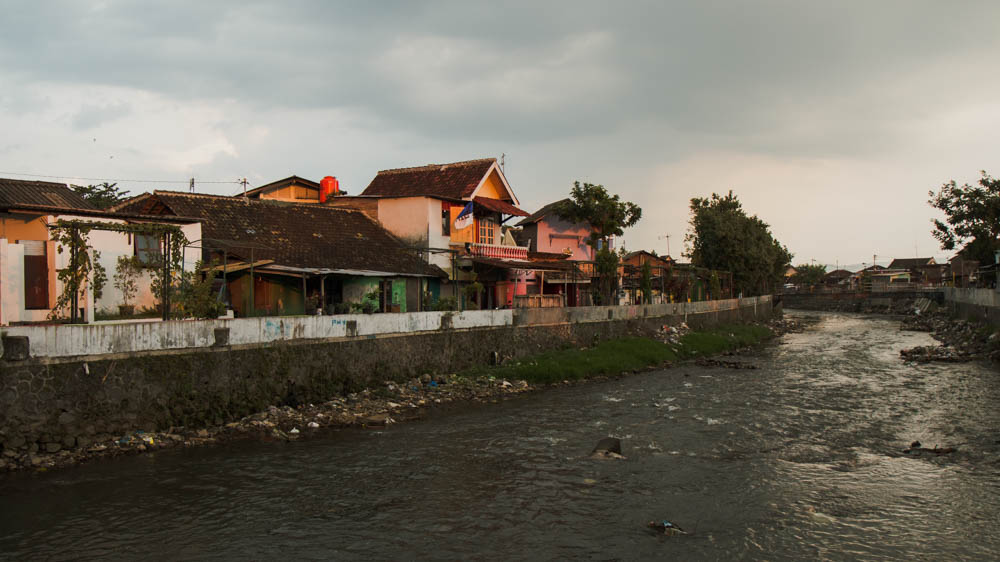 I am very happy we discovered this place and caught a glimpse of the not touristy part of Yogyakarta. Our travel guide didn’t even mention it, but later I found out that Withlocals and ViaVia organise walks around this neighbourhood. It must be interesting to hear what a local has to say about this place. But on the other hand you can easily go here yourself, walk along the river and meet the people who live here.