How to visit Sintra, Cabo da Roca, Guincho beach, Cascais and Belém when you’re on a citytrip to Lisbon and don’t have much time? Take the X-Day trip with We Hate Tourism Tours!

I actually came across We Hate Tourism Tours (WHTT)* when I was still studying Trendwatching and doing research on the travel industry. I liked the idea of a ‘not an ordinary tourism tour’ and added it to my bookmarks, because I immediately loved the style of their website and the funny comments spread throughout it. 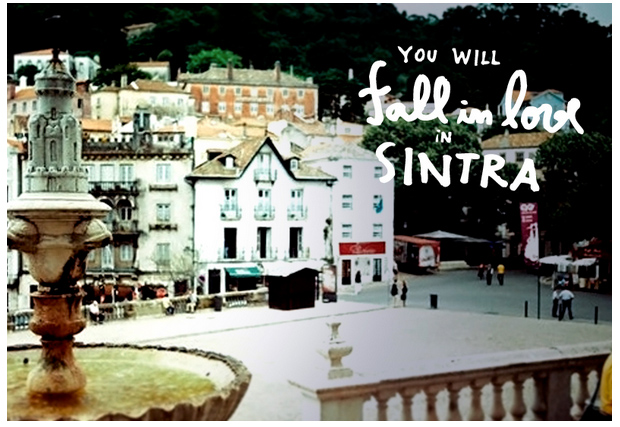 A year later we booked a trip to Lisbon and decided to give the X-day trip a try!

We got picked up at Praça Dom Pedro IV by 3 peculiar vans… Our group consisted mostly of other young couples and students traveling in Portugal. We set off for Sintra and our driver immediately started asking questions and telling stories about Lisbon and the country. 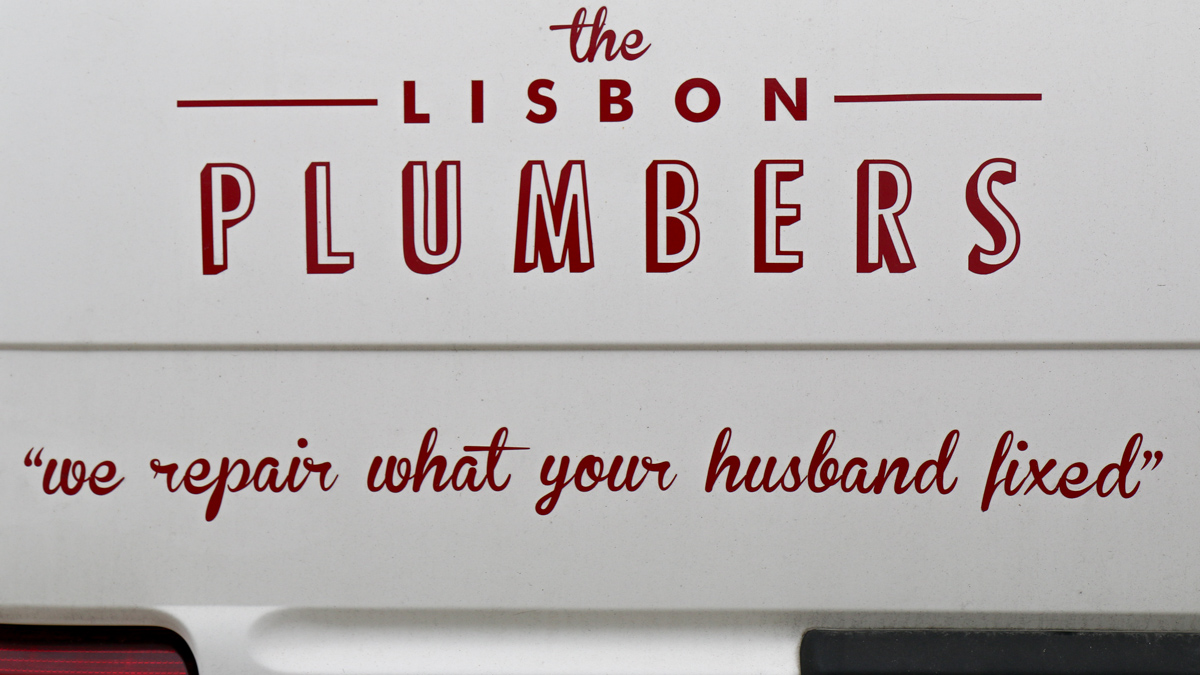 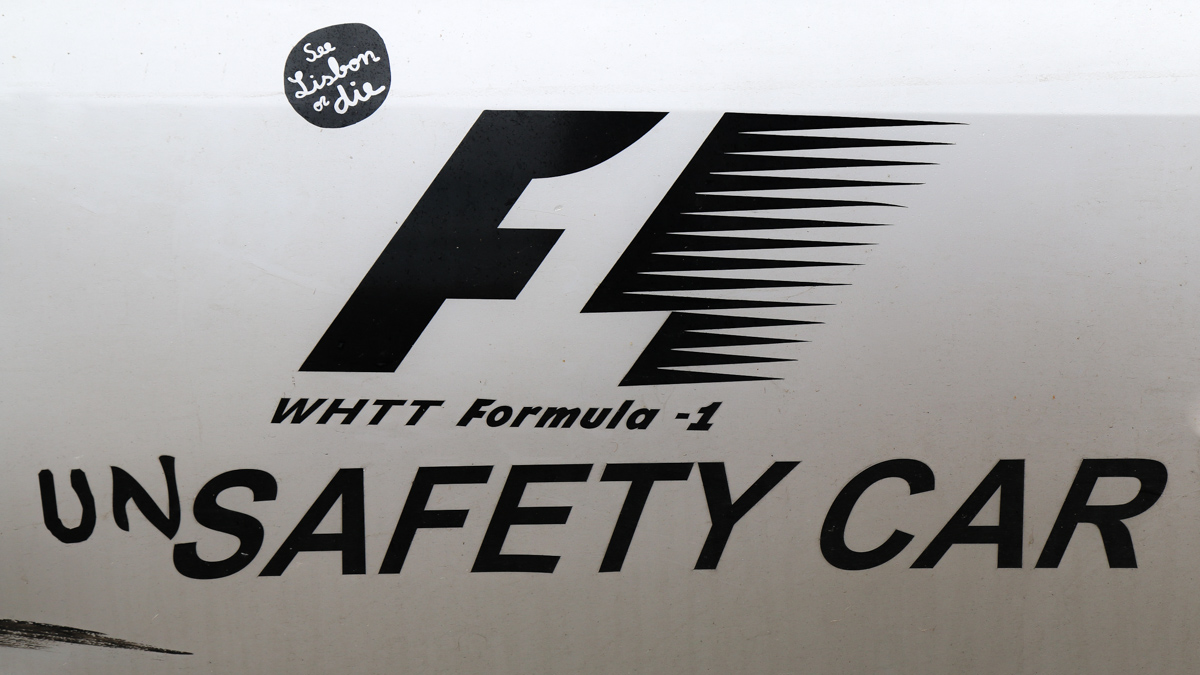 In Sintra we first stopped for some queijada and another pastry our guide called “the pillow” which was sooo good! After our ‘sweet breakfast’ we walked up to the Sintra National Palace and were giving some free time to walk around. Before getting back in the van we enjoyed a chocolate cup of Ginjinha. 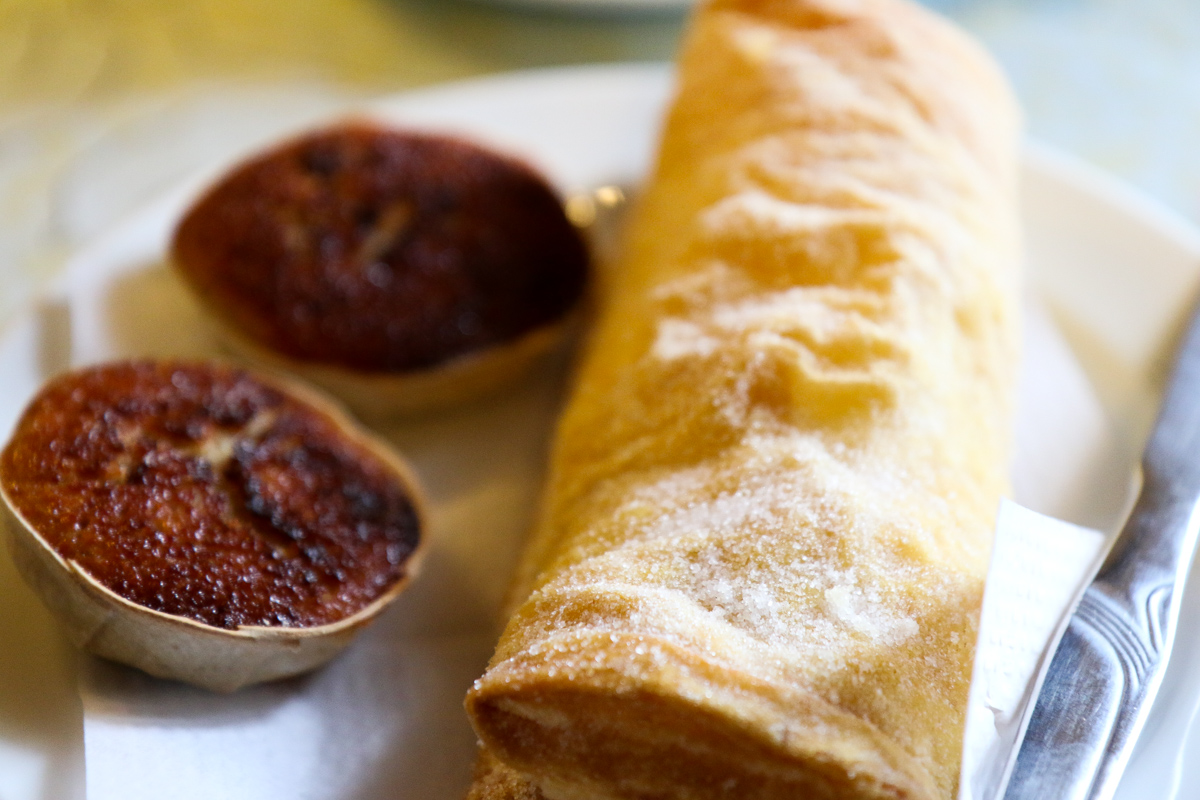 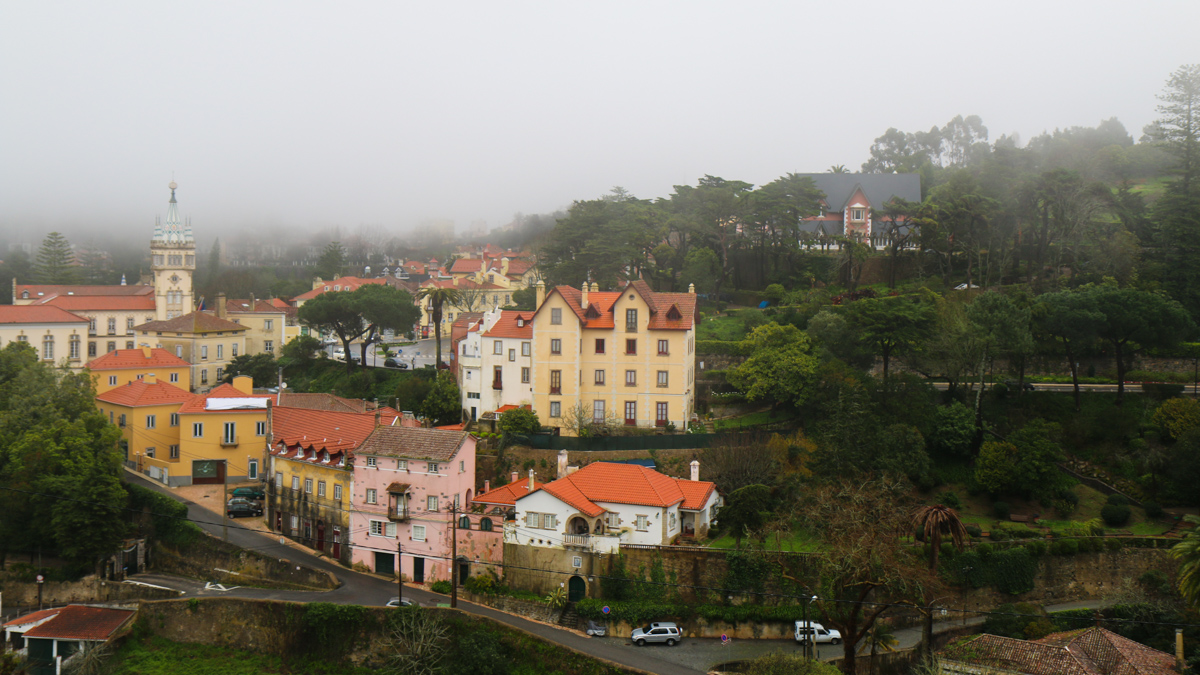 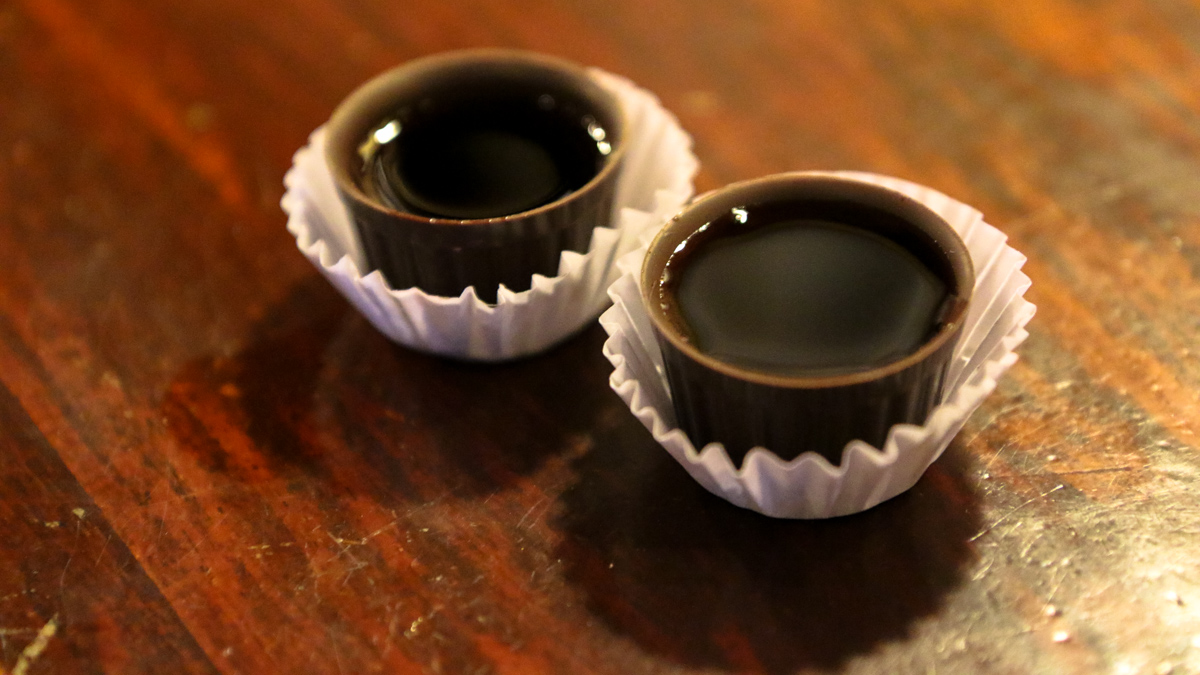 Next up was Quinta da Regaleira. This is one of the most beautiful palaces in Sintra, with a very special garden… Apparently one of the many owners, called “Money bags Monteiro”, hired a set-designer to design the house and garden. The latter actually turned into a gigantic theatrical playground with an enigmatic system of tunnels, caves, fountains and towers. You’ll have fun discovering the secret doors and underground walkways! 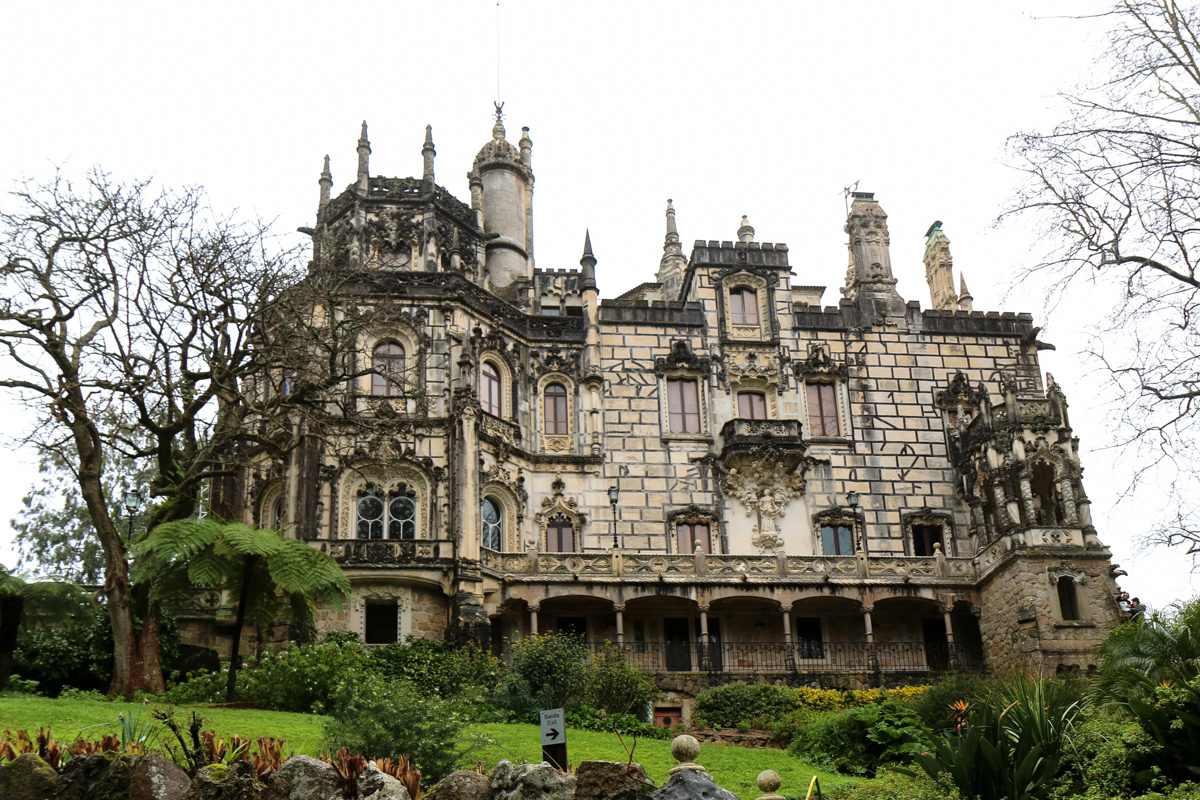 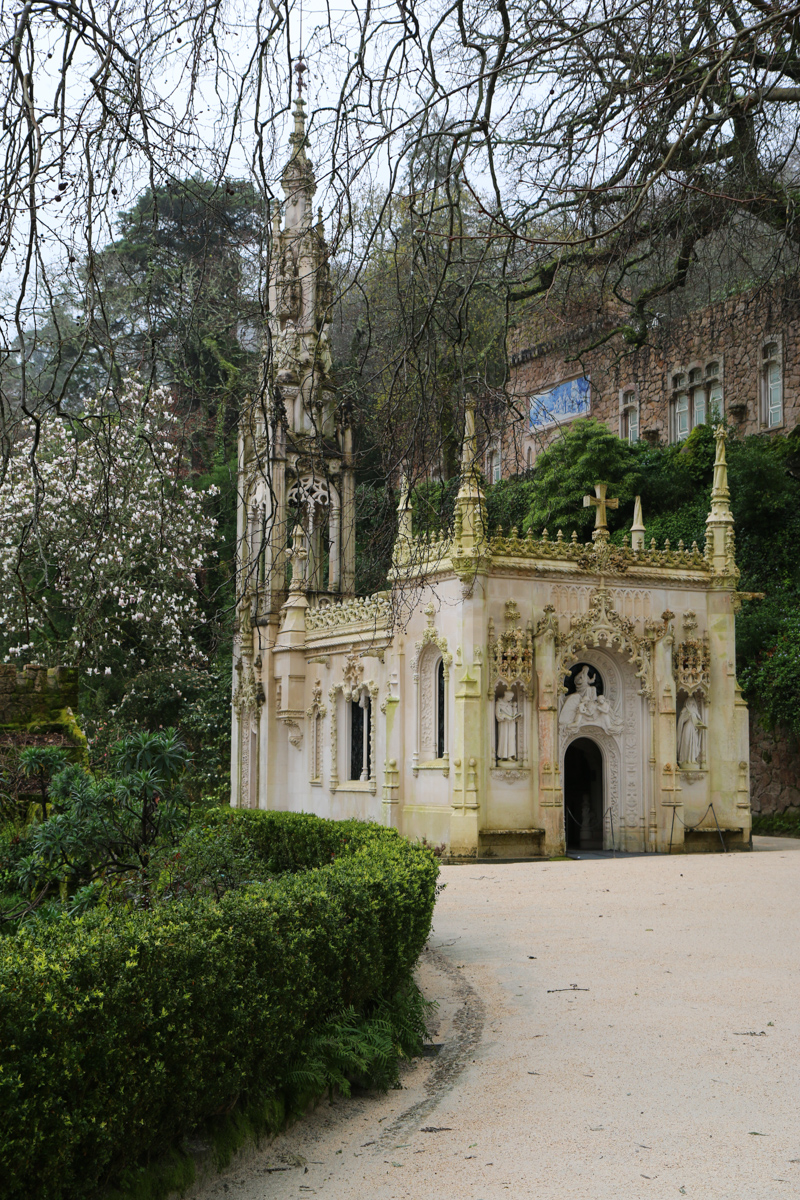 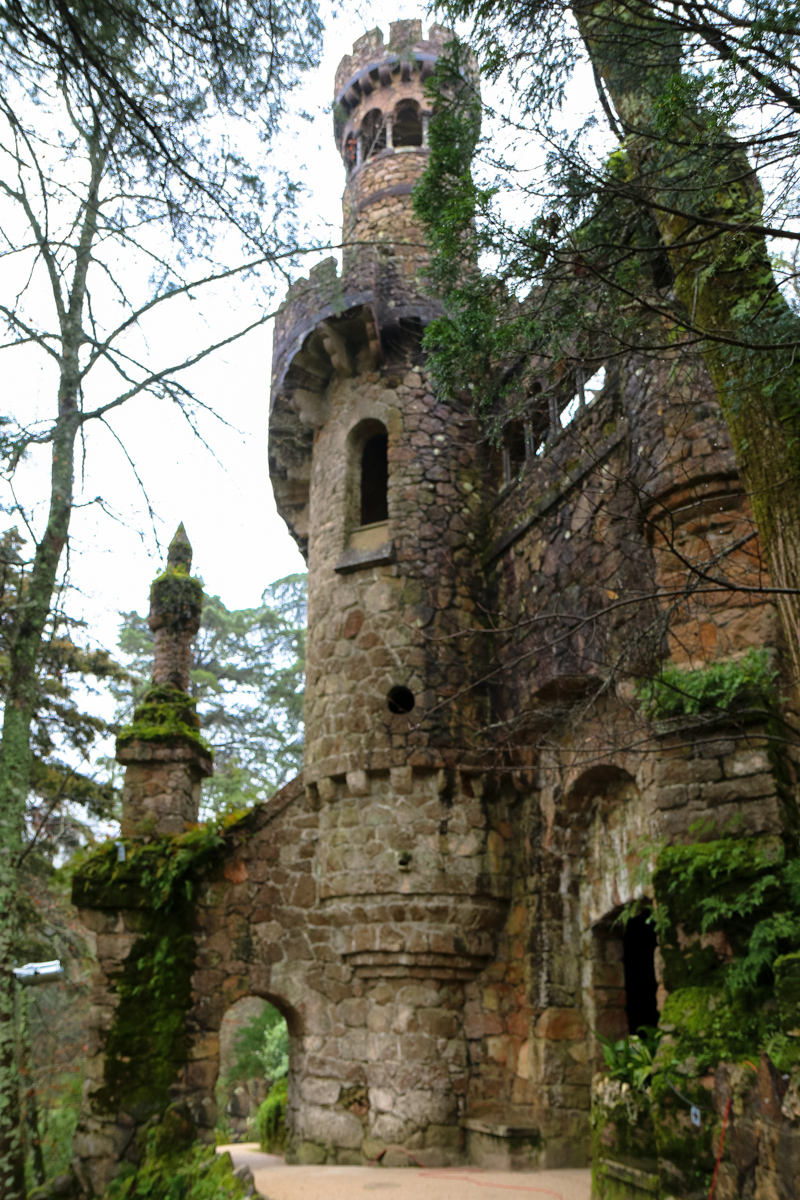 Unfortunately we chose a very rainy day to do the trip, but our guide told us it’s not abnormal for the weather to be foggy in Sintra, since it is situated in the mountains.
However the fog actually added a little more ‘drama’ the already extravagant garden. 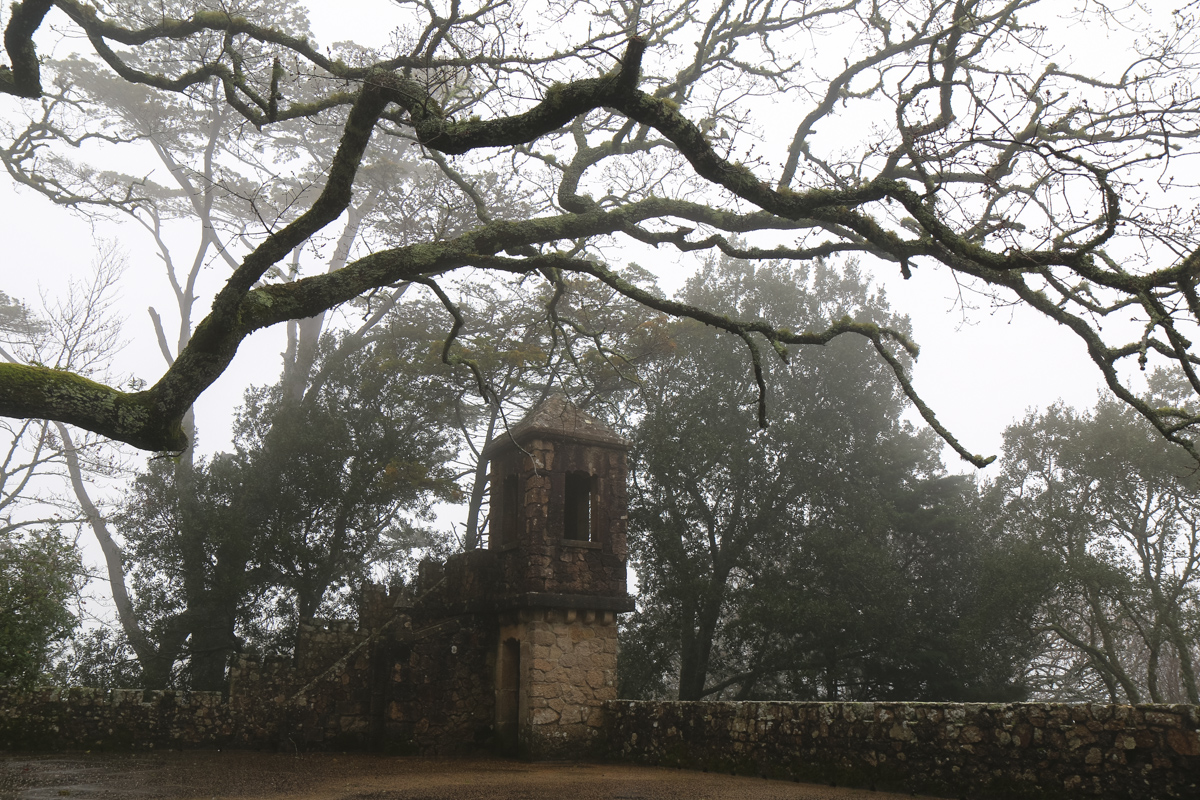 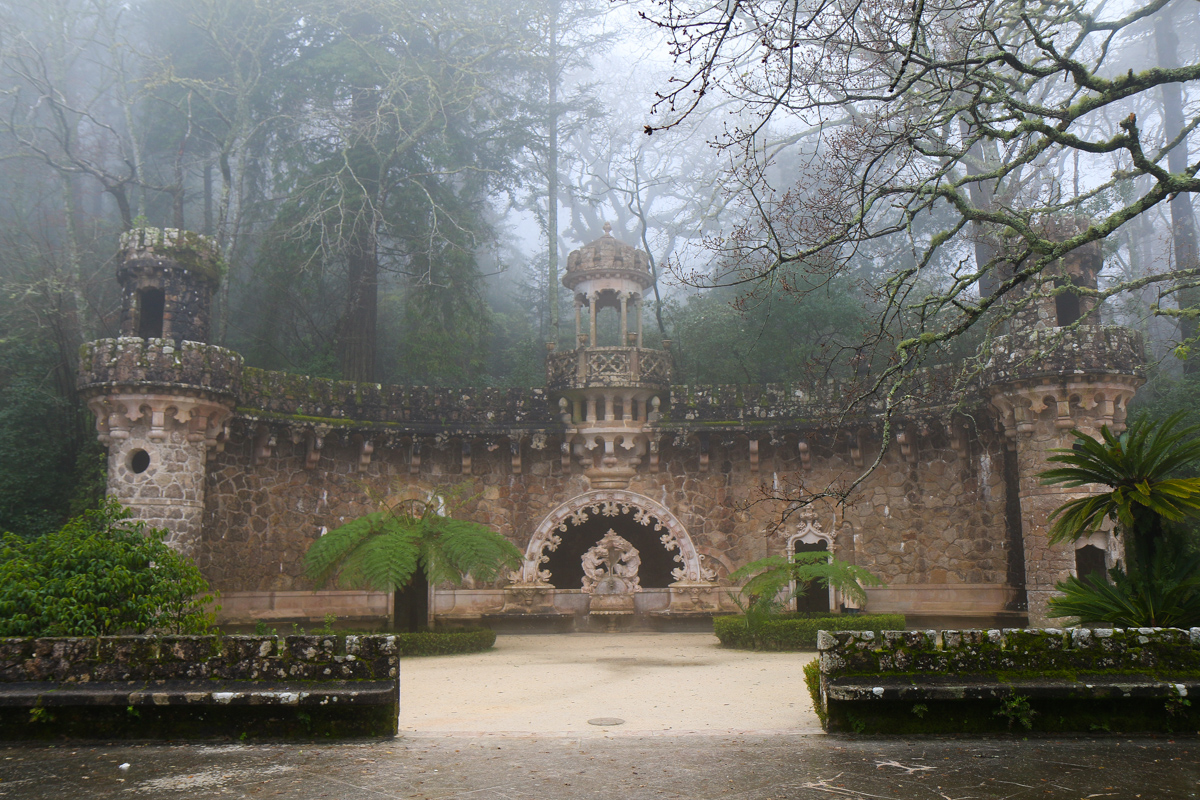 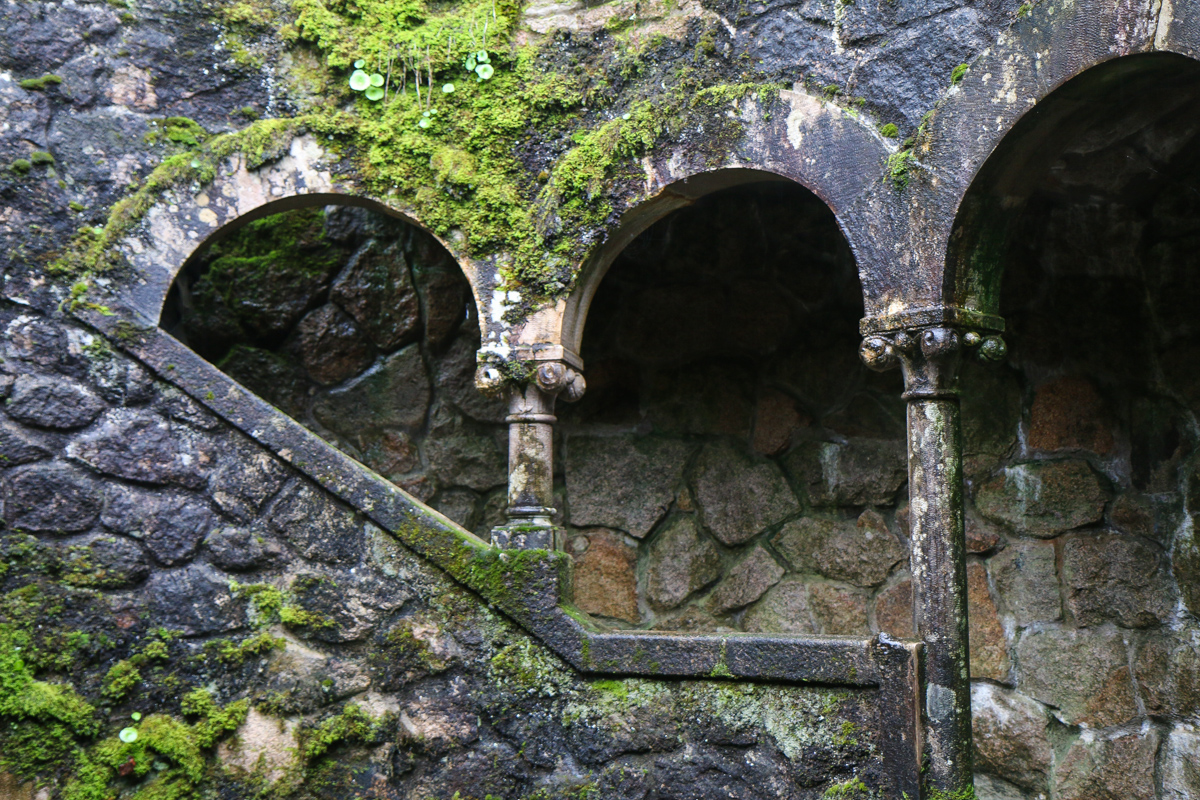 Afterwards we drove to the most western point of Europe, Cabo da Roca, where the wind was fierce but the views were great.
There it was time for the ‘trunk-picnic’ lunch at the ‘edge of the world’. 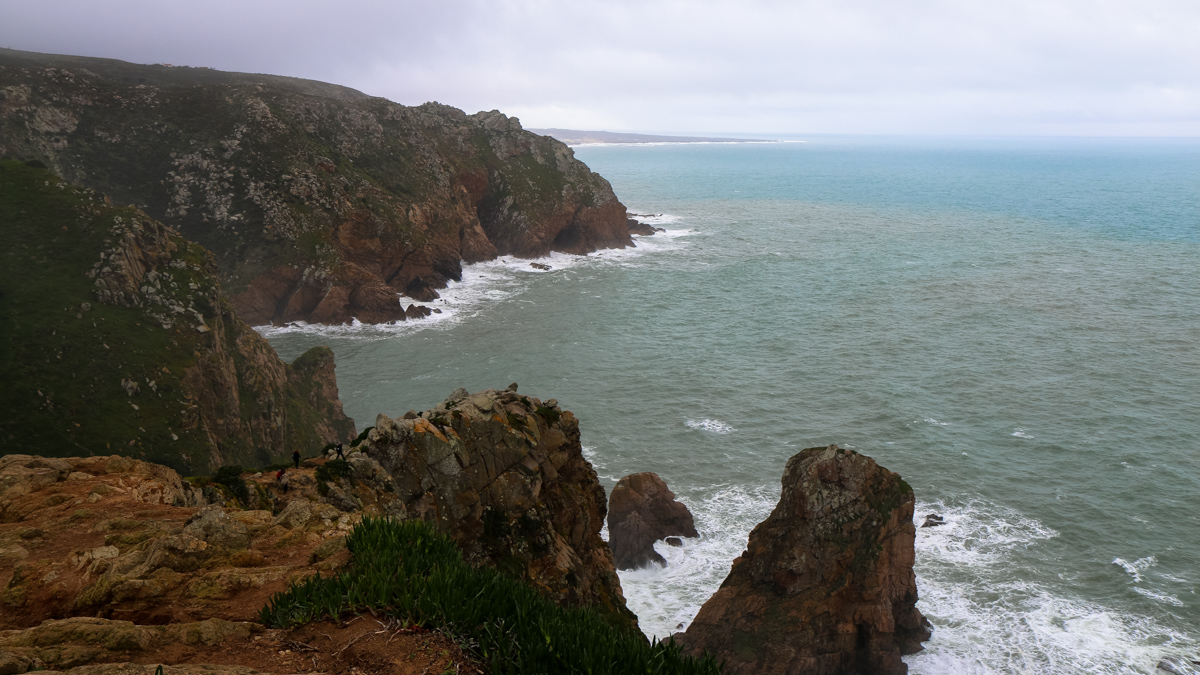 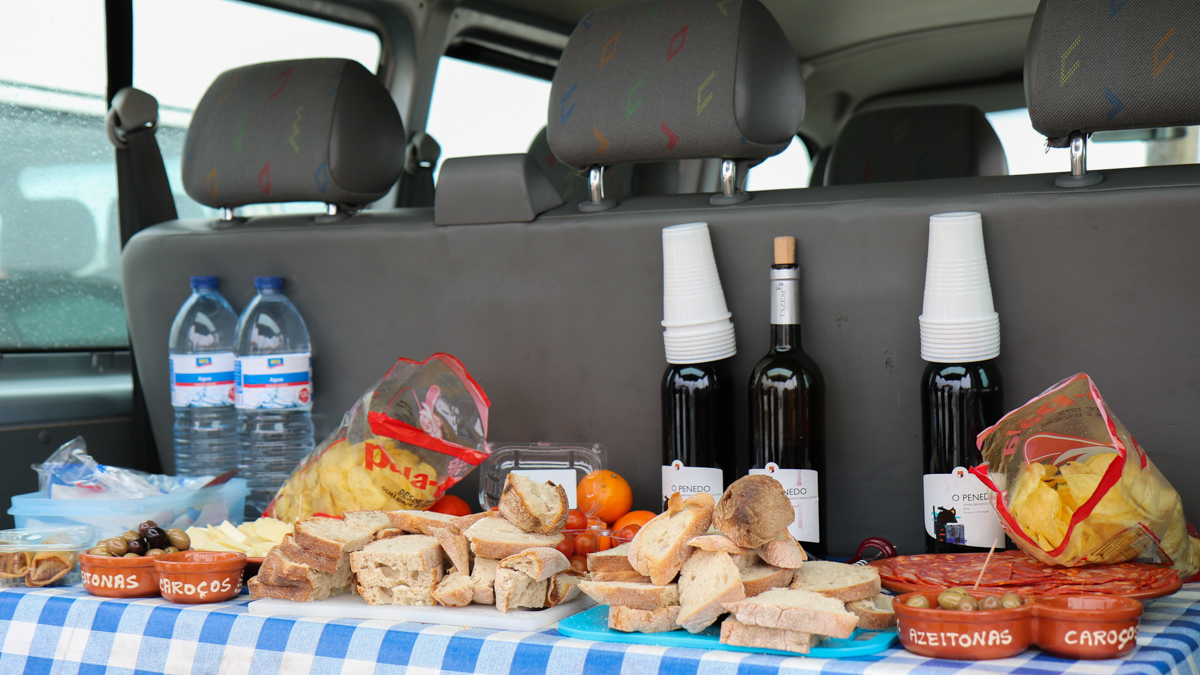 When we finished all of the food, we drove off to Guincho beach, where the waves were so high it was too dangerous to go too close to the beach.

For us, the first part of the day was the best part. Although it would have been nicer to visit Sintra and Cabo da Roca on a sunny day, it was still good. But the rest of the afternoon got a bit ruined by the heavy rainfall. But hey, who can predict the weather?! After watching the crazy waves we drove on to Cascais. Since it was still raining, we went to the ice cream parlor. This is a part we would have skipped, because we felt we were just eating all the time, since there was nothing else we could do.

This certainly is a very great trip, it allows you to see some beautiful places outside of Lisbon within a short time span. The drivers/guides are cheerful, relaxed and have interesting facts to tell. But it will be so much nicer to take the trip on a beautiful day. (which trip isn’t?!) So you can swim at Guincho beach, walk around Cascais and admire the Belém tower outside the van ;). 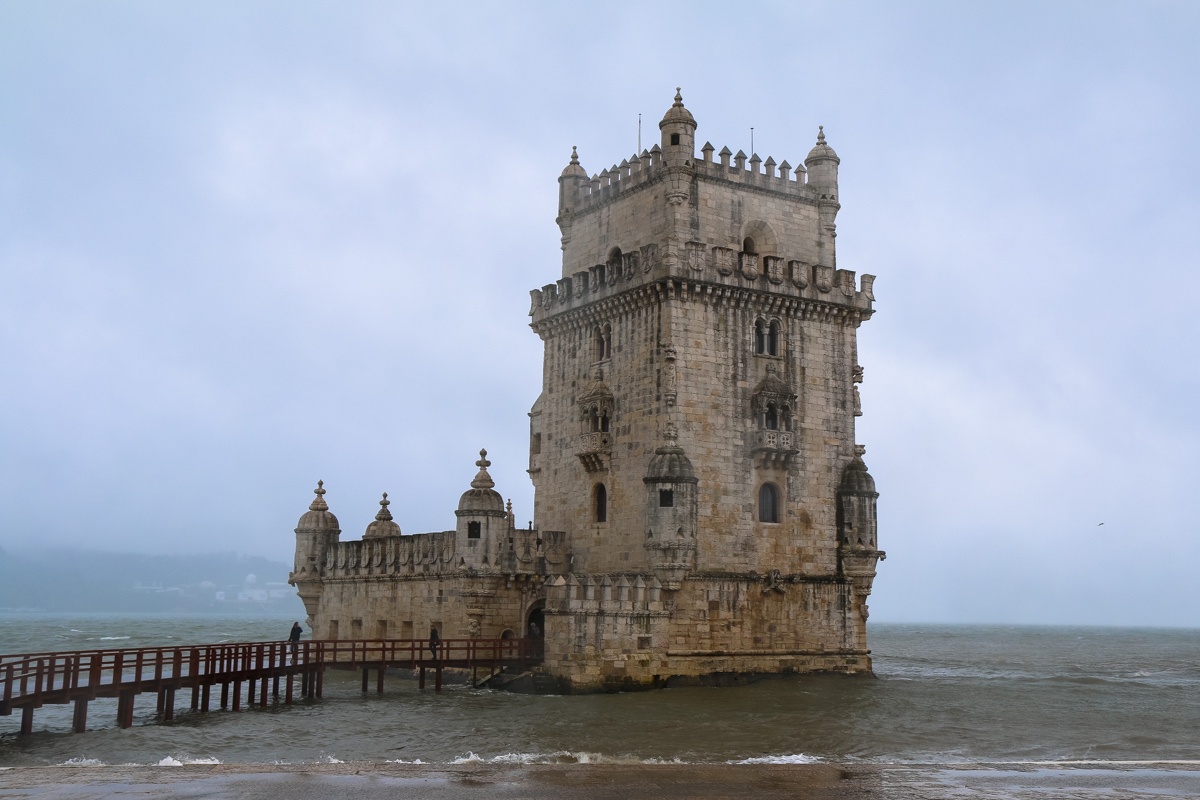 *First two and last images by We Hate Tourism Tours