After Christmas Day we took the car for a quick getaway in the north of France. Alsace is a region that lies closely to the border with Germany, so you’ll soon notice the German influences. Alsace is also a famous wine region. There is the beautiful ‘Route des vins’ that will take you through the vineyards and little half-timbered villages.

It’s advised to visit Alsace during spring or autumn for the beautiful colors of the vineyards. But one exception is the Christmas period. Almost every little village has his own Christmas market where local products are sold. We were a little late, since most Christmas markets end after Christmas day. But luckily some of them were still going on to soak up enough Alsatian Christmas spirit! 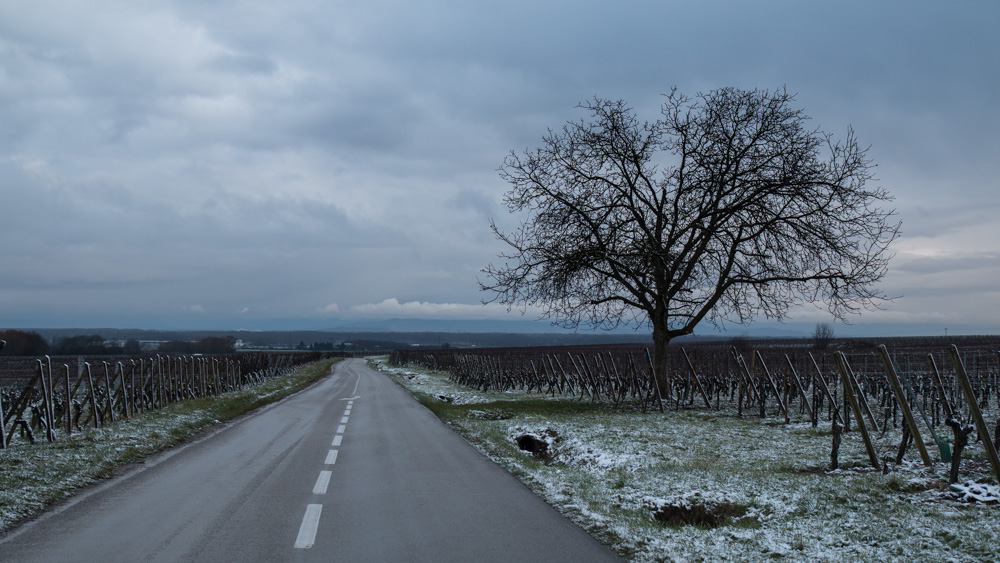 We stayed at Val-Vignes in Saint-Hippolyte, a small village near Hauts-Koeningsburg castle. It’s so small you only need 15 min to see it, but it’s very charming. As are the other villages along the Route des vins. The second day it started snowing a lot, so the landscape became even prettier! A lot of the half-timbered houses are heavily decorated with Christmas ornaments, so even if there is no Christmas market going on, you’ll definitely get that Christmassy feeling. 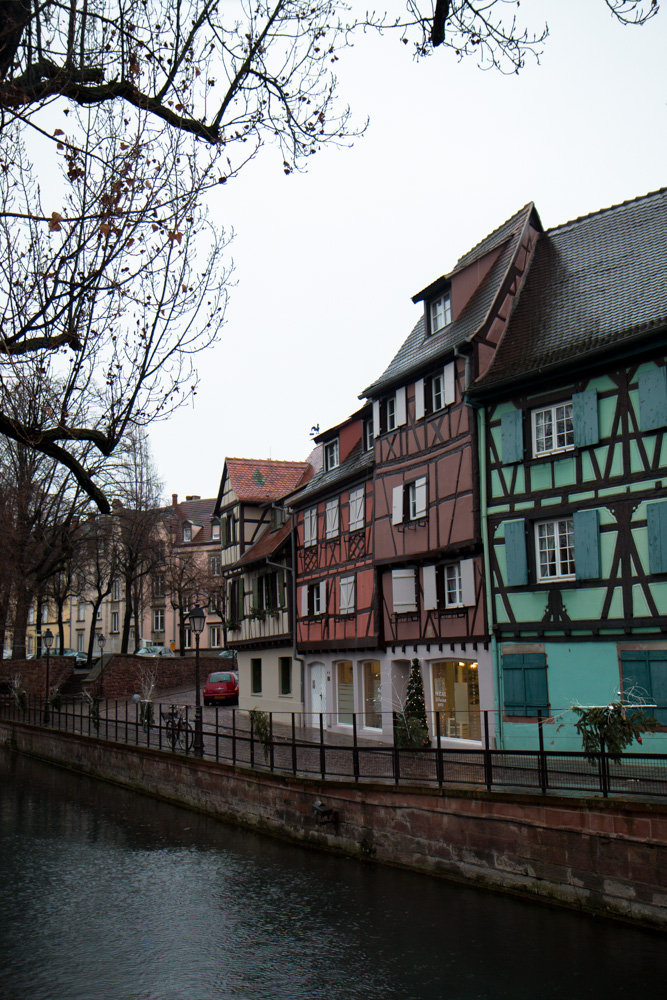 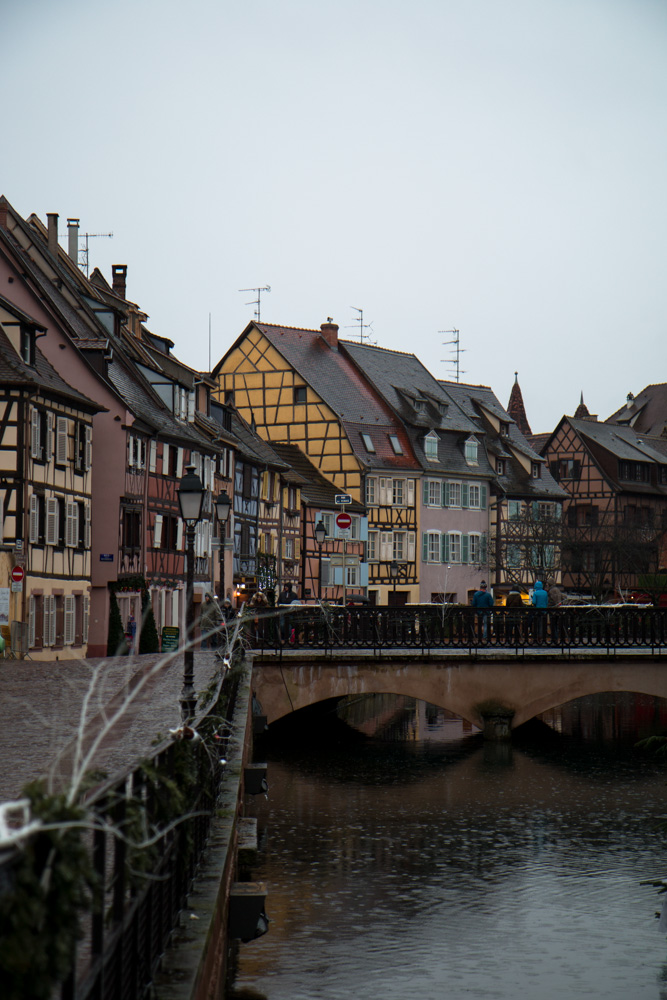 I can tell you one thing: if you go to Alsace, you will eat and drink A LOT!
Prepare yourself for big, German-like, portions: lots of meat, cheese and choucroute. You must try a Flammekueche, which is a sort of pizza, but with cheese or crème fraîche instead of tomato sauce, baked in a wood-fired oven. The dessert Flammekueche is the best, made with apples and calvados, set on fire! Pair this with a glass of Alsatian Gewürztraminer and you’re in taste bud heaven… 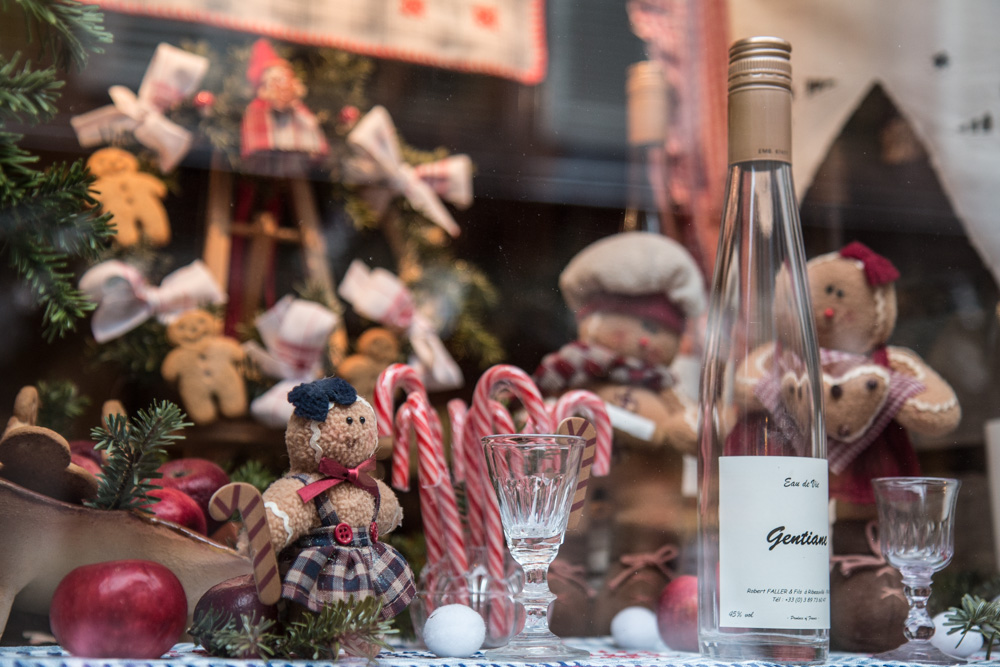 I haven’t even started on all the delicacies you’ll find on their Christmas markets! They sell regional products such as macarons à la noix de coco (not to be confused with macaroons); Munster cheese made by monks; kugelhopf, which tastes like raisin bread; cinnamon starred cookies; têtes au choco or chocolate covered marshmallows; … and of course some mulled wine or hot apple juice to keep you warm! 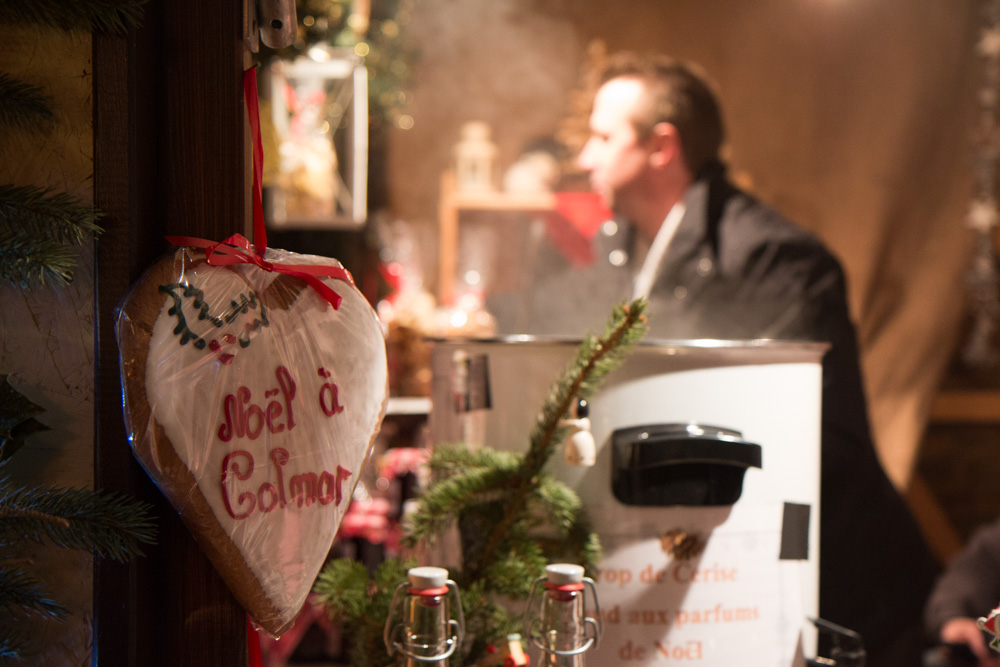 Personally, I thought the Christmas stalls in Colmar were the most beautiful ones. There were 5 different markets, although some of them did sell a lot of non-Christmas stuff. 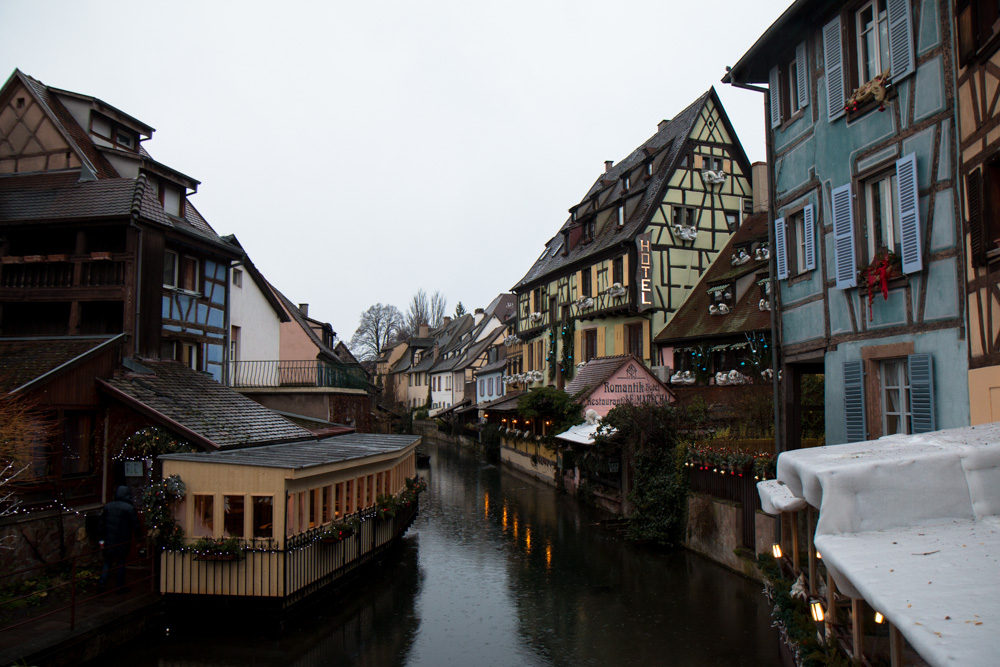 Lovely Kaysersberg and Riquewihr were covered in snow, which made their one street christmas markets even cosier. Here you’ll find lots of locally made products. Enjoy the view from Kaysersberg’s castle on the city and the surrounding vineyards. 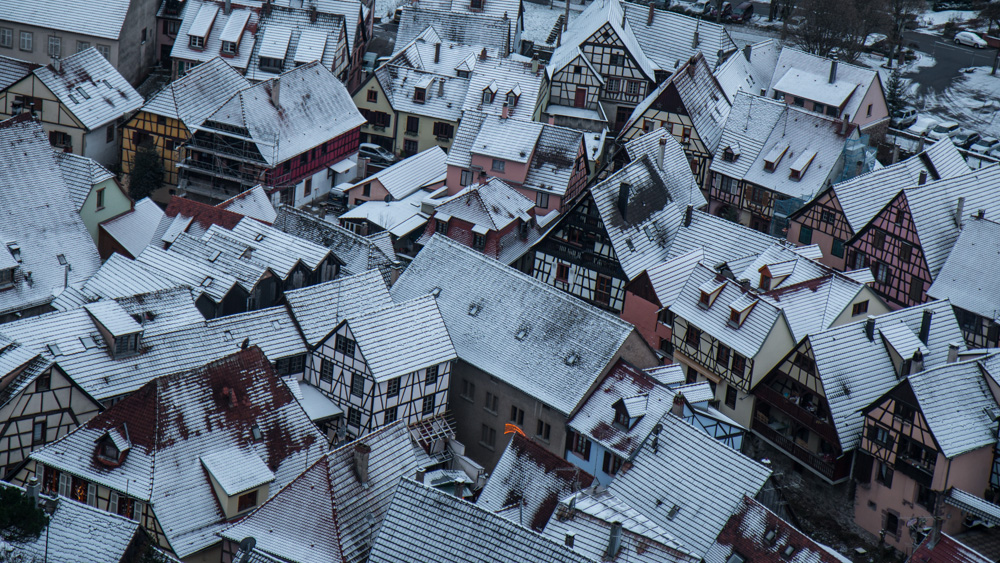 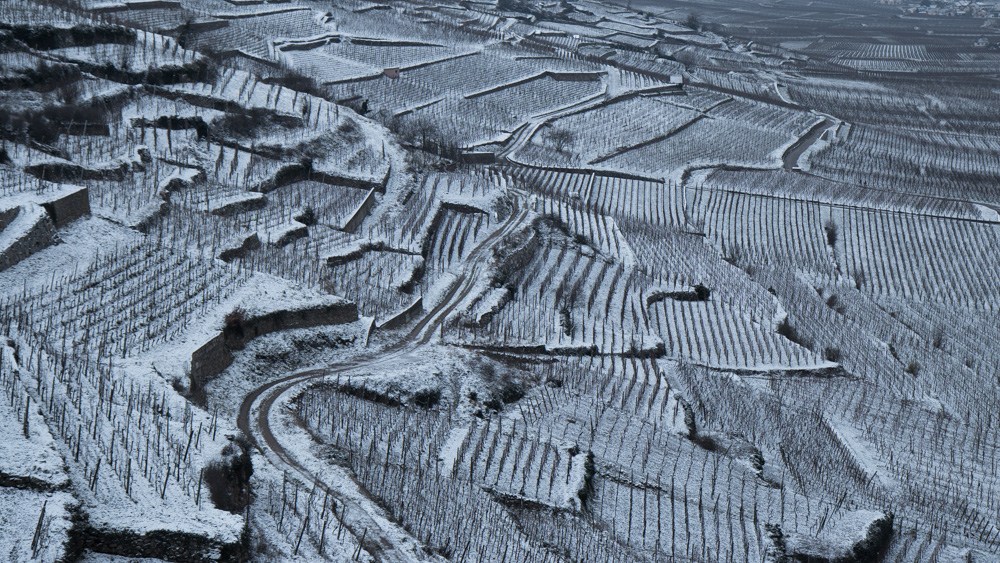 Christmas capital Strasbourg is much bigger – definitely coming back for some serious shopping! – and had 10 Christmas markets going on. We loved walking around in ‘Petite France’ as it was less crowded than the bigger markets. Although we enjoyed the typical Alsatian food, we were happy to finally find some less greasy options. We had a nice light lunch at Pur etc but later on we did indulge in some delicious cake at the Grand Rue Salon de Thé! 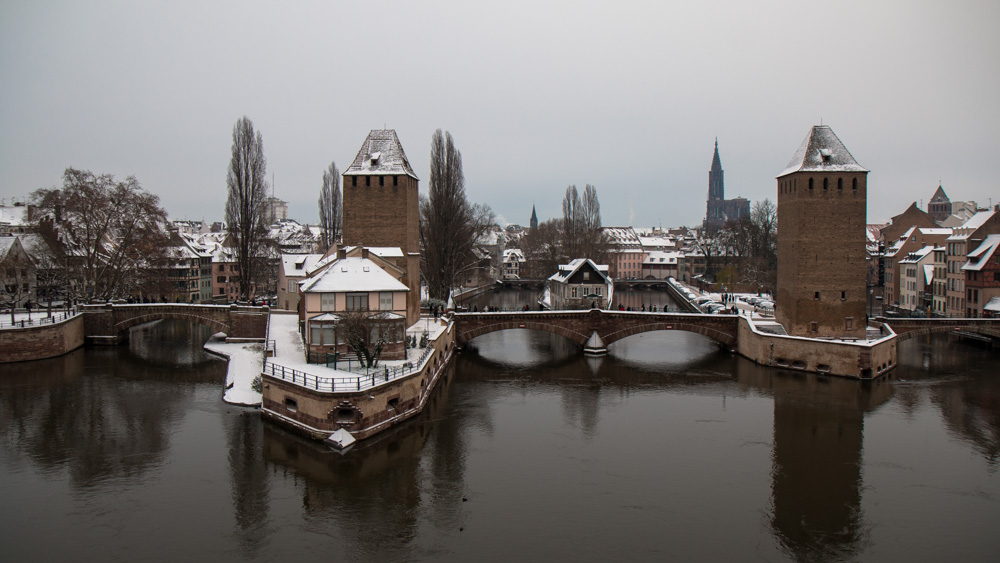 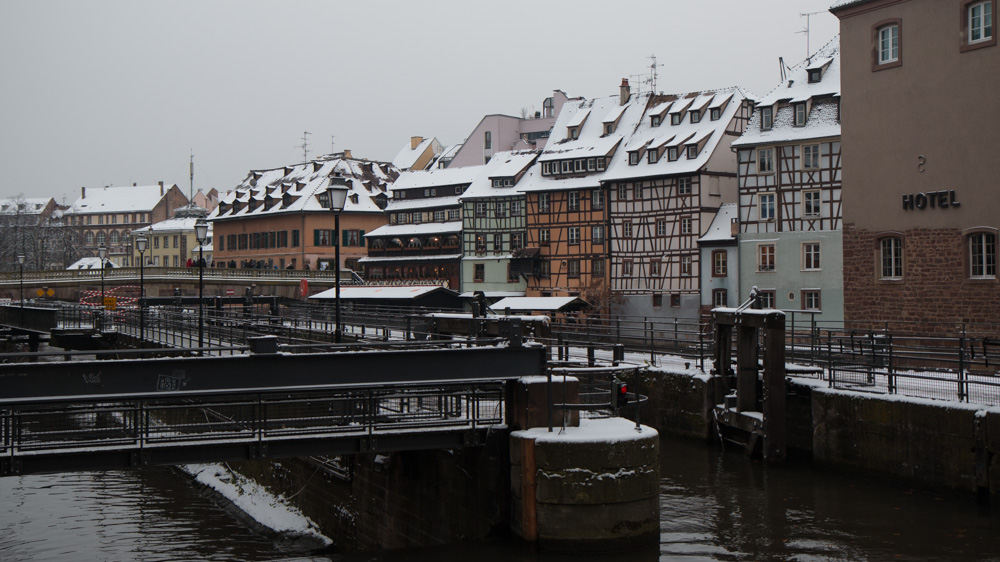 If you decide to visit Alsace during this period, go all the way, it’s holiday season after all. New Year’s resolutions can wait. Darkness sets in at 5 p.m., so don’t forget to bring some board games! 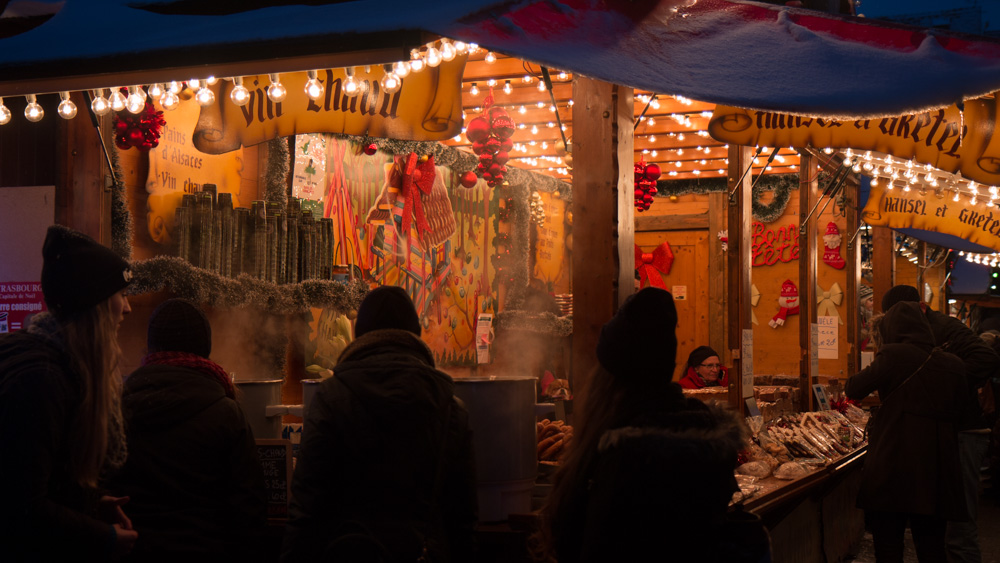