Upon arriving in Shanghai I immediately noticed this city wasn’t like any other I’ve visited before. It’s swarmed with people! And this was not only during rush hour. Most of them are engulfed in the virtual world of their smartphones while keeping pace to wherever they need to go. As a tourist, it’s wise to look up so you don’t bump into a Shanghainese. But in general people leave you be and that was a relief in comparison to some other cities we’ve been to before.

The second thing that caught my attention was the amazing skyline with lots of really tall skyscrapers. I was especially in awe when standing up close at their feet. In the newer part of Shanghai – called Pudong – they’re all around you, so you can really appreciate this amazing human achievement. The newest and second largest skyscraper in the world – 632m – was still in the making, but should be finished this year.

Shanghai is different than most European cities. Although it has always been one of the most important cities in China, only in the last 20 years it has become a modern looking metropolis. The speed at which it has transformed is astonishing and created a city with stark contrasts between old and new. Western influence and competition also resulted in big-bigger-biggest storefronts and malls spread throughout the city.

Walking around in Shanghai means time-traveling from ancient history to the future without a present.

But behind this facade lays a rich and vibrant Chinese culture. This means lots of authentic markets for food, animals, fabrics and anything you can think of. It’s not unthinkable to get a new haircut from a barber on the street while another guy is fixing your smartphone. 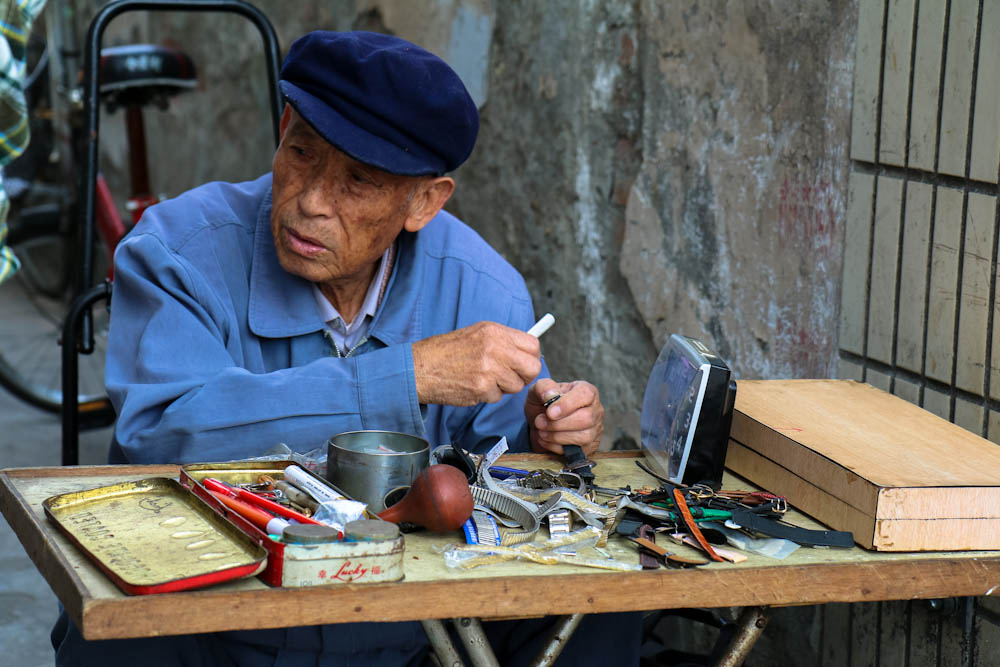 This city is also a heaven foodwise. From street stalls and Chinese restaurants to new hipster establishments or haute cuisine. Shanghai has it all. When you’ve just finished shopping – at 10 pm! – and your belly starts growling again, a wide variety of streetfood is right around every corner. From fresh pomegranate juice, BBQ to noodles with stirred vegetables or meat and more. As a foodlover I love the Chinese food sharing principle when dining with friends. This allowed me to taste every dish and encourages you to try new things. Here in Europe lots of people wouldn’t dare exploring at risk of ruining their one and only dish. 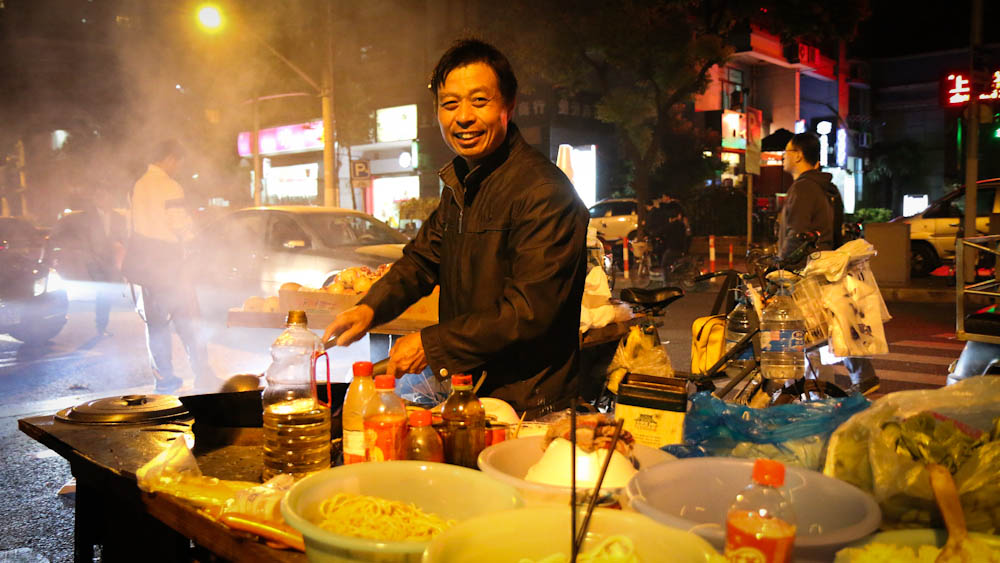 I’m usually not much of a shopper but I have to admit Shanghai has awakened my inner consumer. Almost every brand you know is present in one of the gigantic malls. This city alone counts four official Apple stores, do I need to say more?! But the thing that really sold me was affordable tailor-made clothing! Within one week they made me three suits and a winter jacket. Ow yeah, we’re coming back for sure!