How to find your riad?*

*Note: A riad is is a traditional Moroccan house or palace with an interior garden or courtyard. Many riads are now used as hotels.

You just arrived and you can’t wait to start your Moroccan adventure: “Let’s dive into the craziness of the souks and find our riad!”
Equipped with maps, travel guides and a GPS you eagerly start the big search. 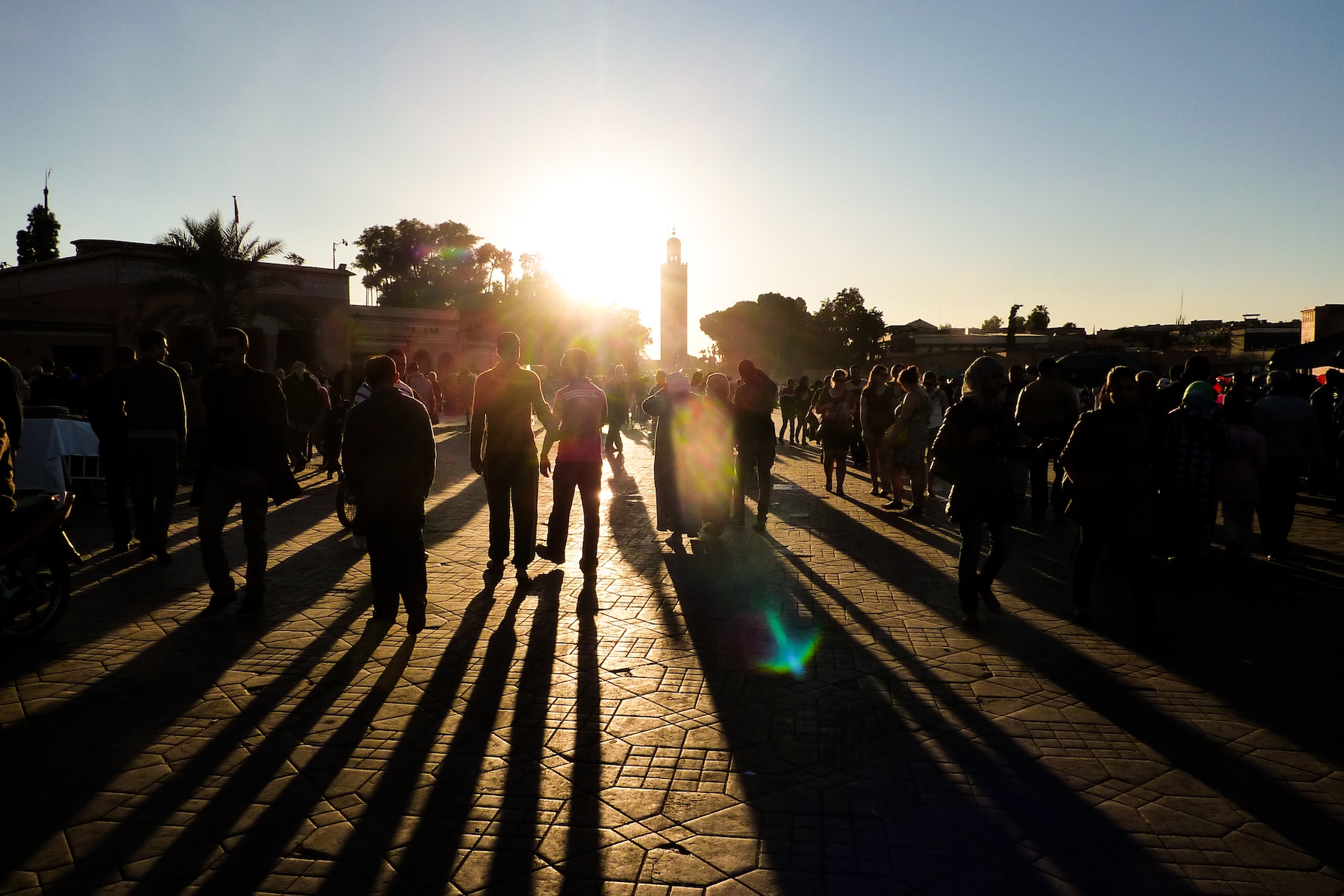 After a while you find yourself walking the same street up and down for several times – “where the hell is this riad?!” – and passing by the same people again and again, which gives you the feeling they’re secretly mocking you – “hehe another lost tourist”. Your mood slowly starts to change from happy to frustrated. Several people keep asking which place or riad you are looking for, hoping to earn some money. So they follow you closely because they know you’ll eventually give up. And so did we. (Tip: Make sure you already have some small money on you, cause your local guide will ask for a ‘reward’)

Finding our riad seemed difficult, even for the locals. If the word “derb” appears in the street name, you won’t find what you’re looking for on the main street. “Derb” means small street (actually street with a dead end) so you’ll have to go into the alleyways. There seems to be some kind of logic in the system of house numbers. Though we’re not a 100% sure. You follow the numbers, even if they continue around the corner, instead of the streets.

So what’s the solution?

The easiest one: Use the hotel pick-up service at the airport.
The cheapest one: Make sure you have the telephone number of your riad with you, call them when you’ve arrived and meet up at a famous spot, like Cafe de France at Djemaa el Fna or El Bahia Palace if your riad is somewhere around that area. Somebody from the hotel will pick you up, escort you through the narrow streets and several minutes later you’ll be drinking mint tea on the rooftop.

We booked both our riads at booking.com. The first one was Riad L’Harmattan. It’s located very close to Djemaa el Fna, but almost impossible to find without help. We stayed at 2 different rooms. The rooms inside are nice, but kinda dark and damp. Don’t forget to bring earplugs because the walls are not very soundproof. The other room was the one on the roof which is more bright and less damp, just make sure to check if the lovely neighbours (aka 2 roosters) are still there or you won’t be getting any sleep.The owner was very helpful and friendly but practise your French! Breakfast is ready when you wake up, just watch out for Caroline when you walk around! All in all this was good for the price we paid, but maybe you can find better ones for the same price? 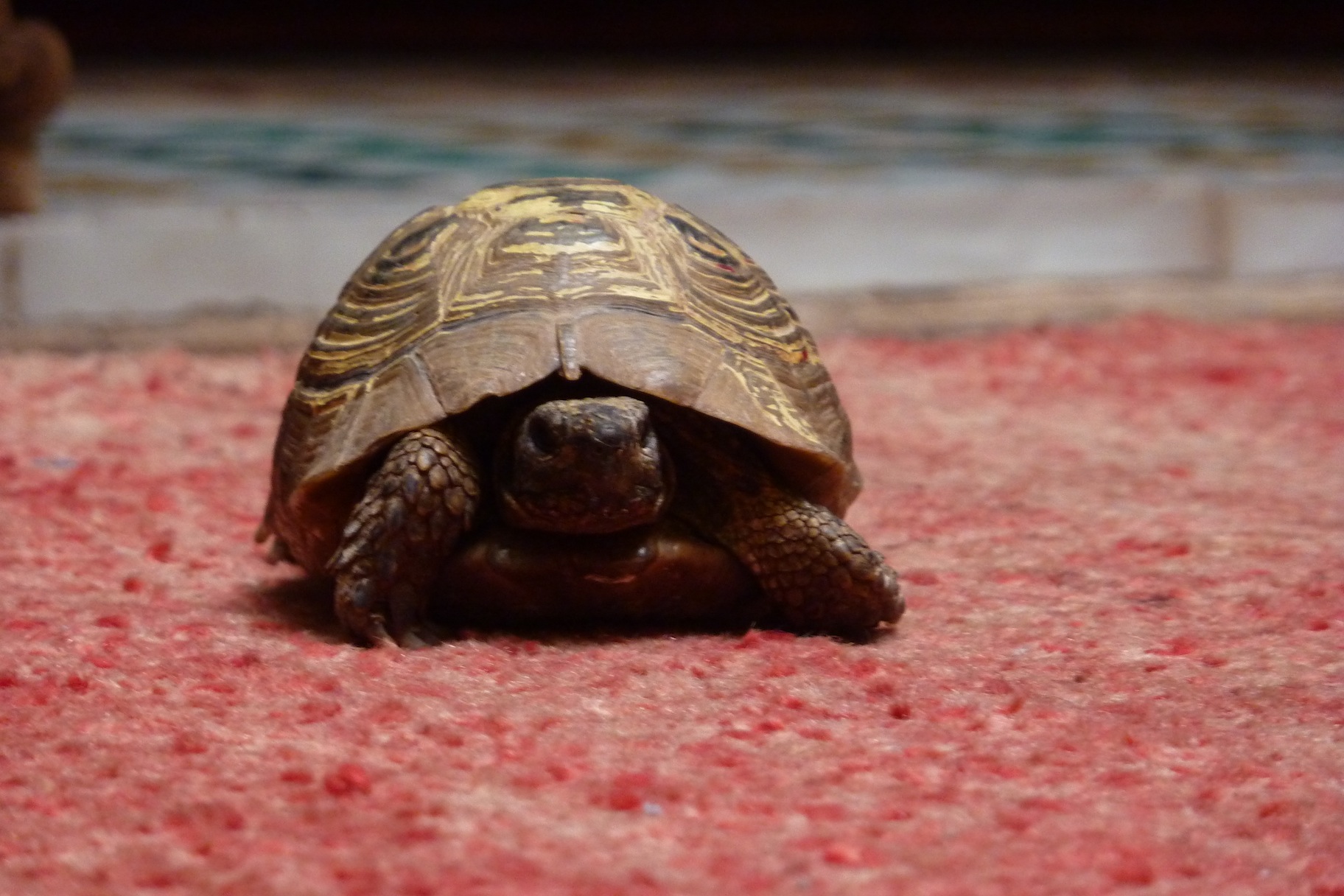 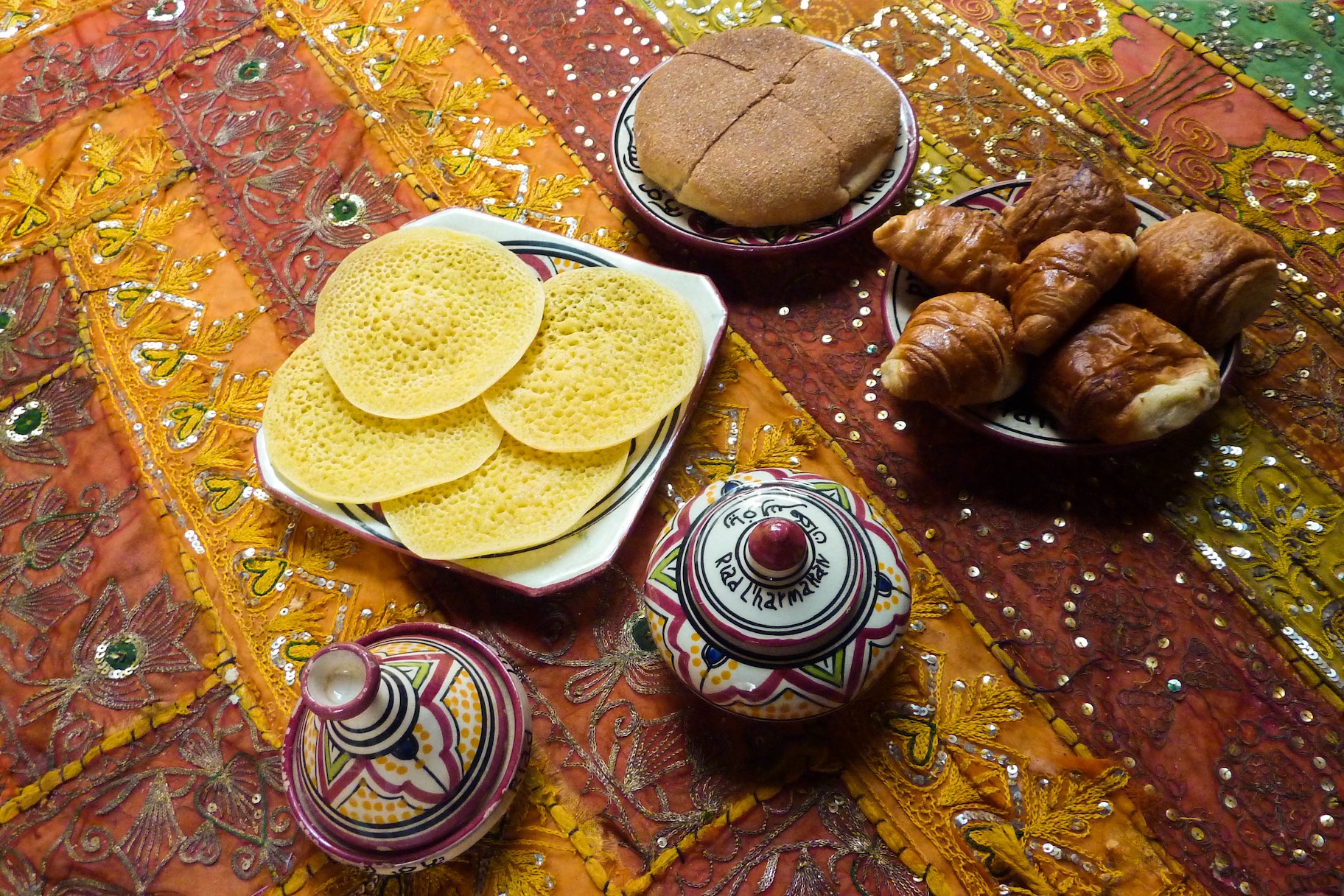 The second one was Riad Dar One. In one word: Fantastic! A very modern designed riad with some Moroccan accents so you still get that Arabic feeling. We stayed at the Mirage room, with the big bath! Great rooftop with cosy lounge beds, very calm at night and delicious breakfast. It’s located close to the El Bahia palace, so you are a little further away from Djemaa El Fna. The only ‘but’ is that this Riad is also very difficult to find!

How to get out of the soukmaze late at night?

Recommended by a friend and our travelguide, we decided to have our last dinner at Café des Epices. Since their kitchen was already closed – we were late, as usual – they took us through the souks to Terrace des Epices. By the time we finished our meal it was around 10pm and we wanted to head back to our riad. We were convinced we could find the way back on our own.

“Didn’t we pass this cat a few minutes ago?”

“That’s not the same cat, there are hundred of cats in Morocco!”

We had to admit it. We were lost. Again. We kept following the “Djemaa el Fna” signs but every time we ended up at the same closed big gate. There was no other solution than to ask for directions. The lucky boy to guide us had the same idea – because we passed the cat for the third time.

So now what? The boy asked another guy. That guy went to find another guy. And thàt guy came back with a very big key. To open the gate! Hooray!

Apparently they lock certain gates late at night, so if you still plan to go through the souks at that time: good luck finding the guy with the big key! Or take a map with you to see how to get to the bigger streets where taxi’s are allowed and hop in one! 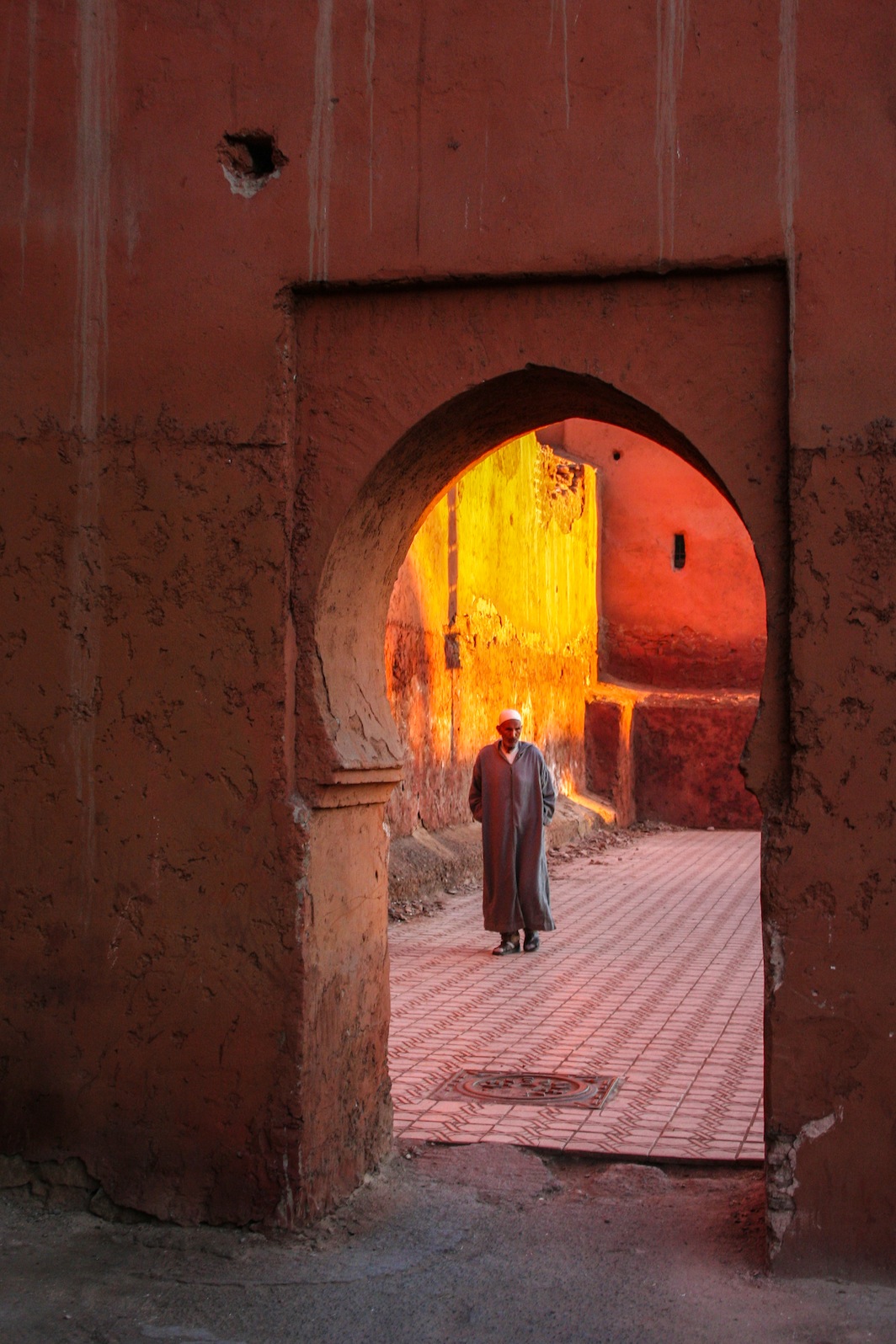 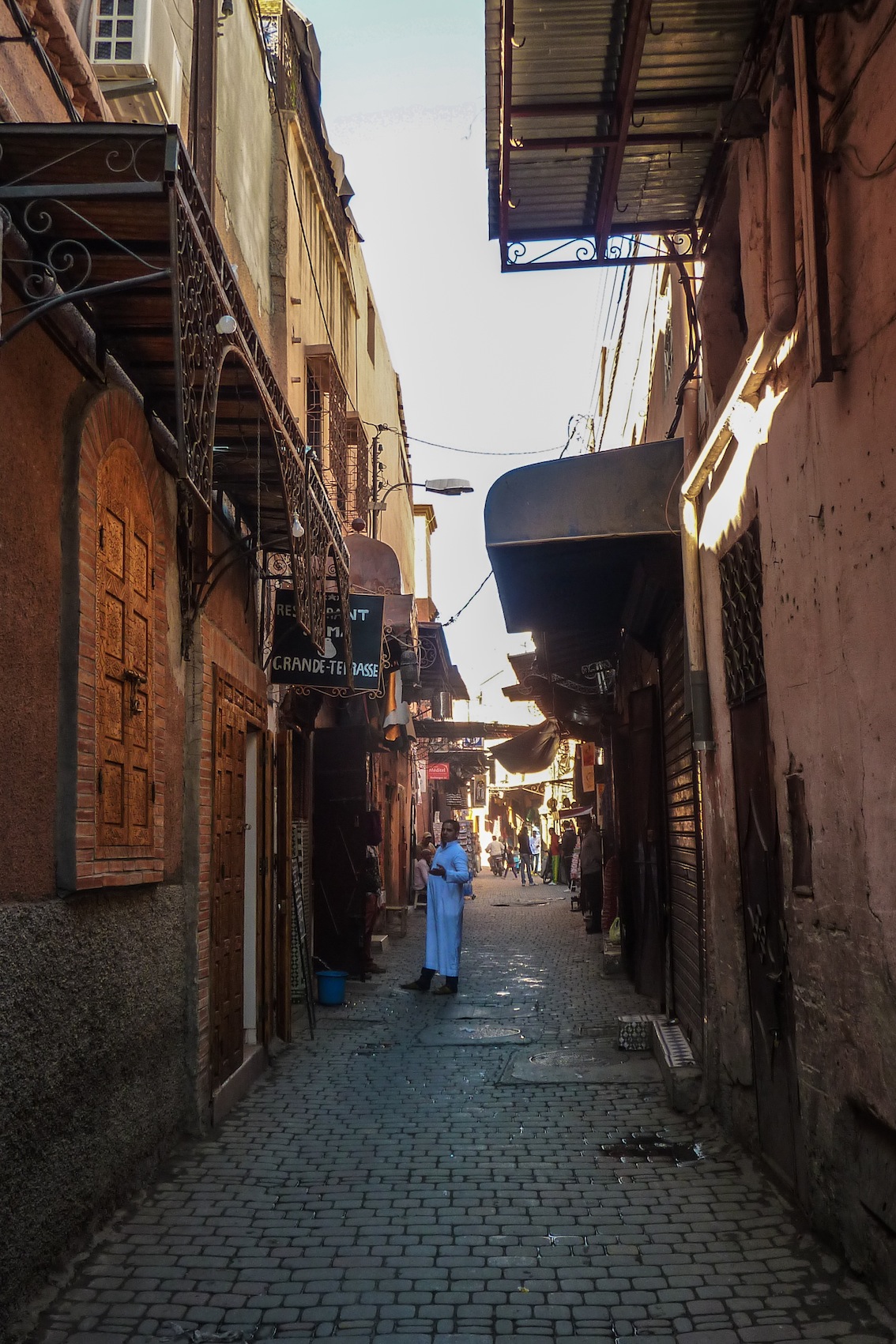